Moments of Fortune: A Guest Post on the Cleveland Cavaliers by Dan Grunspan.

Editor’s Note: Dan is a PhD candidate at the University of Washington in Seattle. This is Dan’s first submission to The Diss. 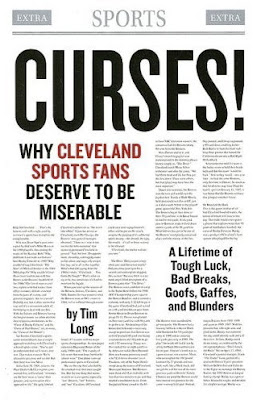 It has been 46 years since a major sports team brought a championship to Cleveland (by the Jim Brown era Browns, who would clearly represent the fortunate moment for the unfortunate history of Cleveland Sports).  Since then, being a fan has been nothing short of miserable — the Cavs make up a large subset of this misery.  You see, being a Cleveland fan is like a lifelong case of malaria.  The severity of symptoms comes and goes.  The Cavs tend to cause the chills and nausea, but it’s the additional fandom of the Indians and Browns that result in the headaches, fatigue, fever, sweats, and occasional death.  I don’t think everyone lucky enough to not be a Cleveland fan can appreciate the fortuity of “the moment” without first appreciating just how crappy Cleveland sports history is.  So, please, a moment of silence for some of the bigger kicks in the groin experienced by the Indians and Browns, then we’ll focus on the Cavs. 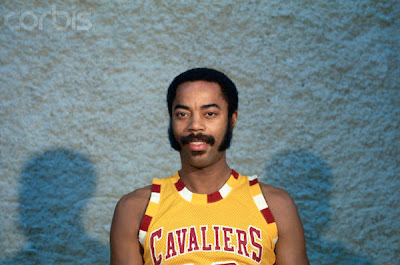 Okay, Cleveland sports suck, we get it.  This is an NBA blog, we know the Cavs suck, now pick the moment where you feel like things didn’t suck.  You got it, collective voice of people who are still reading this article. 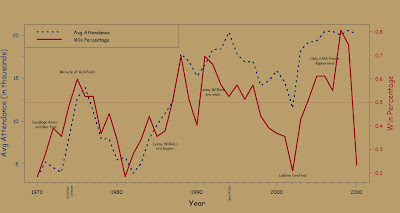 I realize this is the second Cavs “Fortunate Moment” article.  I didn’t realize the first one had this identical graphic until after I made mine, so…here’s round two of something you’ve already seen.  As Franklin pointed out, the Cavs history has had three eras of fortune: the Austin Carr era, what I will call the Lenny Wilkens era, and of course, the LeBron James era.  I added a bar for average attendance because I feel that excitement for the franchise seems like a good indicator of perceived fortune. 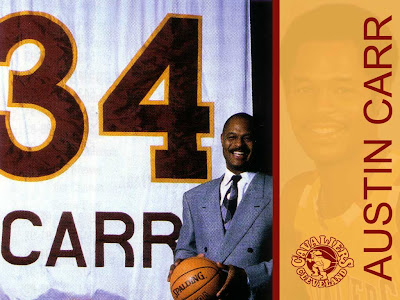 The first era culminated in what many consider the most fortunate moment in Cavs history, the Miracle at Richfield.  The 1975-76 season marked their only “successful” season amongst an otherwise expectedly bad expansion era.  They won their division, Bill Fitch won coach of the year, and they even won their first playoff series in dramatic fashion (see above).  This is great!  If I had been alive, I’m sure I would have been going bonkers…but…the Cavs had only been around for five years or so.  At that exact moment, it would have been wrong to call the Cavs an unfortunate franchise, they were simply an expansion team building some franchise momentum.  Of course, it wasn’t to last.  Injuries crippled the Carr/Thurmand/Snyder team, and elder statesman Walt Frazier didn’t do much to revitalize the team on the court or the fans in the seats. 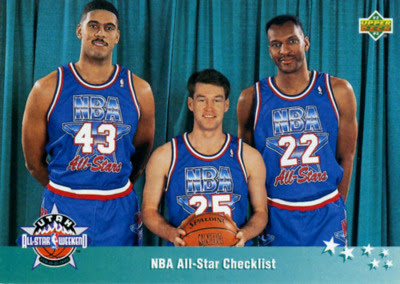 The Lenny Wilkens era was awesome.  Pure and simple.  The Cavs picked up Brad Daugherty, Mark Price AND Ron Harper in the 1986 draft (taking Augherty over Len Bias and Chris Washburn).  Larry Nance gets send to Cleveland for Kevin Johnson.  Add John “Hot Rod” Williams, Craig Ehlo, Danny Ferry, and some other useful role players like Terrell Brandon and Gerald Wilkins, and we’re cooking with gas.  This was the team that should have produced the Cavs’ most fortunate moment.  Instead, they produced the most unfortunate moment.  Twice.  Again, injuries and retirements slowed down momentum, the era ended…and then things got really depressing. 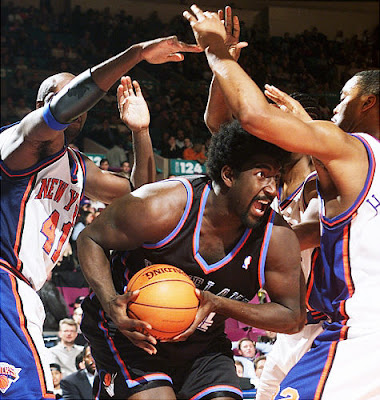 Mike Fratello ran one of the most solid defensive teams in the NBA, but bored the absolute shit out of fans with his style of play.  Enter a period of 8 years or so that go down as a blur.  Things that really stick out for me:
It was sort of easy to ignore how bad the Cavs got.  We had the high flying Indians, and it was more important to focus on how we didn’t have the Browns.  But come 2002, things were just depressing.  Really depressing.  The Indians were no longer the dominant team in the AL, sinking to 4th in the AL Central.  The Browns lost a heartbreaker to the Steelers in their first and only playoff appearance since their second inauguration, and the Cavs were the worst team in the league. 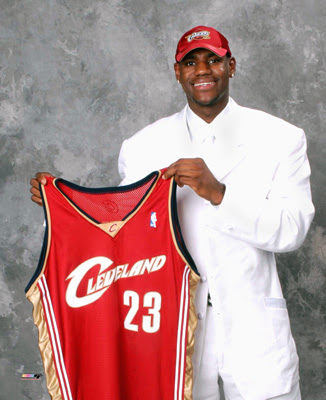 And then it happened.  I remember the exact moment I found out.  It was May 22, 2003.  My senior class was having our “Senior Bash”, an exhilarating night spent confined inside our high school looking through our yearbooks and celebrating that, soon, we would no longer be confined inside our high school.  Gabe crashed the study hall room with wonderful news.
“Grunny, did you hear?  The Cavs won the lottery!  LeBron James!”
I wasn’t the only excited high school senior that night: “I’m staying in Cleveland, and I’m real excited.” — LeBron James, 2003
The rest of my night was euphoria.  The next seven years were euphoria.  Our own superhero.  Our Moses.  Our Anakin Skywalker (the parallels ended up being uncanny).  The Cavs were relevant every night.  They went from zero nationally broadcasted games to being amongst the darlings of the NBA as far as air time was concerned.  There was East Coast bias, West Coast bias, and then there was (and still is) LeBron James bias.
The Cavs never were able to really build the necessary team around LeBron, but we came close, and had Delonte West never (supposedly) schtupped Gloria James, maybe there would be a banner hanging in the Q.  But what if the Cavs hadn’t gotten the first overall draft pick (and they tried not to, by winning their last game in 2002, tying Denver for worst record).  Would Darko have single handedly beaten the Pistons in the 2006-07 playoffs.  Or make Northeastern Ohio collectively pee their pants with a buzzer three over the Magic?  Or give the Cavs and NBA fans reason to watch Sportscenter’s Top 10 plays on a nightly basis?  The ping pong ball that gave Cleveland the number one pick in the 2003 draft was the most fortunate moment in Cavs history.  They had a 22.5% chance of getting LeBron, and they nailed it.  Eight out of ten times, the Cavs wind up with Darko (although Melo/Wade/Bosh were also possible, and make for interesting alternative histories).  Regardless, it was LeBron James who revitalized basketball in Cleveland. 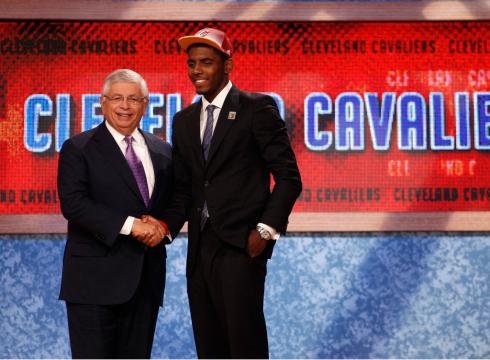 We all know how the story ends, and boy was it a Cleveland story if I’ve ever heard one.  I haven’t forgiven or forgotten LeBetrayal, but I also haven’t forgotten where this franchise was headed before he came to town.  LeBron gave, and he may have taken away, but there is something in the tank of the Cavs franchise that wasn’t there in 2002.  Despite winning only 19 games, rage-filled Cavs fans made Quicken Loans Arena third in the NBA in attendance last year.  The dividends from that ping-pong ball have not completely faded. 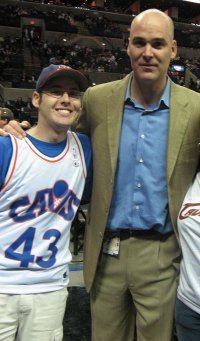