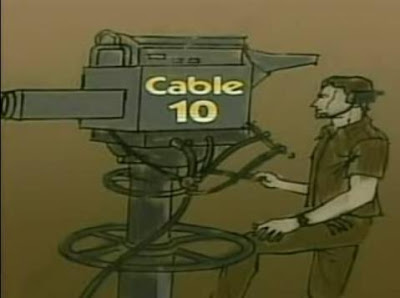 Believe it or not: I don’t like every single basketball team.  It’s true.  I definitely equate watching some NBA teams to watching reruns of 7th Heaven, Jersey Shore or even public access television.  These teams are either too scripted, too dramatic, too bizarre or too terrible for my tastes, and I just try and avoid ‘em.  But seeing as how this is the last full week of the regular season (strange, I know), I figure I ought to give these teams their due, tell you why these teams don’t really hold my interest, and haphazardly explain the reasons I choose not to watch them.  These teams are bathed in red, the color of shame, since most of them, at most, got featured in one Game of the Week.

Perhaps if The Diss ever starts a cable access NBA basketball esoterica hour (guys! I just had an awesome idea), we’ll name it The Color of Shame.  Anyways, we’d better just get to this. Simply put, these 22-38 Pistons make me sad. And frankly, a little mad.  When they were good, they scored like 80 points per game, and won on their oppressively stifling and unentertaining defense.  I hated watching them.  Now, their defense is middling (15th) and their offense is terrible (28th). The Palace of Auburn Hills is largely empty, and the championship days are long gone.  Tayshaun Prince, who once upon a time was the fifth best starter on a championship team, looks old and disinterested in just about everything.  The players they invested time and money in — Ben Gordon, Rodney Stuckey and Charlie Villanueva, have all been disappointments.  I like Greg Monroe enough, and I’ve heard Brandon Knight is decent, but this team?  Going nowhere.  Fast.


When asked about John Wall’s sophomore struggles, Deron Williams instead offered the most nuanced assessment of the 2011-2012 Wizards: “He’s had a tough cast down there.  I don’t want to put anybody down but he’s not playing with the smartest guys in the world.  That’s tough man, that’s tough.  They’re not smart, I don’t know.  I’ve been watching.  JaVale McGee was on the Not So Top 10, like, 50 times this year.”  Well put, Deron (even though McGee’s on the Nuggets now).  In the few Wizards games I’ve seen this season, I’ve rarely known who was on the court, and what the hell they were doing.  I recognize John Wall, but who are the other four guys?  Who are we building around, here?  Jordan Crawford?  Trevor Booker?  I’m confused.  One assumes Ted Leonsis fires deadbeat GM Ernie Grunfeld over the offseason, as well as Randy “Born to be Fired” Wittman.  As for everyone else on this team?  Eh, I don’t know.  Let’s see what the draft produces. In my mind, the Clippers are a less entertaining, more entitled version of the 2001-2002 Nets, a team I loved dearly. That team was led by a dynamic Hall of Fame point guard in his prime (Jason Kidd), a high-flying All Star power forward (Kenyon Martin), and a diverse group of offensively gifted role players (Keith Van Horn, Kerry Kittles, Lucious Harris, and Matt McCullogh).  That was a great team.  These Clippers also have a future Hall of Fame point guard (Chris Paul), an All Star power forward (Blake), and a bunch of quality offensive players (Randy Foye, Nick Young, Mo Williams).  But while that Nets team played free — no one expected them to be good, let alone NBA finals good — this team plays a tortured brand of “we were hyped as great, but we’re really just okay” basketball.  Most of the offense seems to go through Blake for the first three quarters, which means a ton of free throws (and theatrics to go along with it).  If the game’s still close in the fourth, CP3 just tries to take over, and often times succeeds.  But it’s never interesting watching thirty six minutes of Blake trying to overpower his man, pouting when he fails, followed by twelve minutes of CP3 “dummy halfcourt offense until I take a shot” basketball. 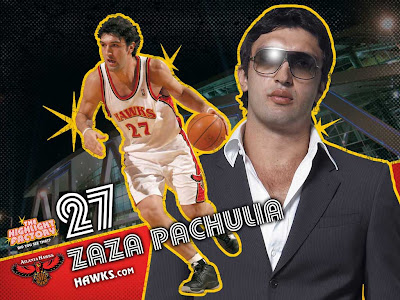 I’ve been bored by the Hawks for a few years now. Haven’t you?  This team really hasn’t changed since 2008.  The only piece that’s different is Jeff Teague, who has replaced Mike Bibby as the team’s starting point guard (and right in time, too).  Sure, they’ve added Kirk Hinrich and Vlad Rad, but this team is still basically Joe Johnson, Josh Smith, Al Horford and Marvin Williams doin’ what they do.  And what they do is play sort of boring basketball in a half-filled arena.  Even their coach is basically the same.  They fired Mike Woodson and just promoted Larry Drew, his lead assistant to head coach to a lesser salary.  Now, apparently, those two don’t talk anymore.  Classy. 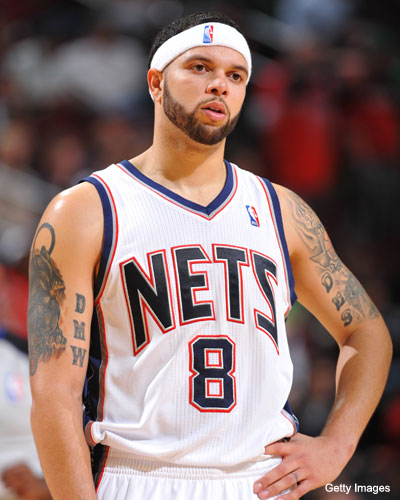 Watching Deron Williams play for the Nets is like watching a popular kid at a birthday party that they are attending against their will.  He goes through the motions, a sour look on his face the entire time.  It’s the team’s last season in East Rutherford before they move to their brand new building in Brooklyn. GM Billy King botched the trade deadline, missing out on Dwight Howard, and sending off their first round pick to Portland for Gerald Wallace, who really should be the third best player on any team.  Right now, he’s looking like he’s the closest thing to their franchise player once Deron bolts for Dallas, and Dwight Howard decides to give up basketball and just become a Disney character.

The Raptors frustrate me because they confirm that Euroball can never work in the NBA.  Thing is, I actually like the Raptors roster.  I’ve always enjoyed watching Jose Calderon run the point, and Andrea Bargnani presents this inside-outside skill set that sort of resembles what a decent Andre Blatche would look like.  But really, I can’t name anyone else on that roster, except DeMar DeRozen, who still looks like a rookie.  Can we petition to get these guys into Euroleague?  They’d be happier.  The nation’s best college team can take their place.