The Minnesota Timberwolves making the playoffs this season.

Franklin Mieuli: Purchase. If Rubio comes back around midseason or before, this is a definite purchase. If complications keep him out the entire year, you better hope Brandon Roy is ready…

Jacob Greenberg: Purchase, though not with 100% confidence. Last year’s 8th seed, Utah won (an adjusted) 45 games last season, while the Wolves won (an adjusted) 32 games. So the question really is: can the Wolves make a 13 game improvement? I think they can, based on the moves they made to improve their roster this offseason. But can they outpace the Suns and Warriors, who are also looking to get out of the cellar. I’ll tentatively say yes.

Jordan Durlester: I am obligated to buy. I bought last year when they had a worse group of guys so naturally I’m going to take them this year. Indicator of a gambling problem? Probably.

John Reyes-Nguyen: Purchase. I think they make the playoffs as the 8th seed. The West is tough as usual but I think they could be this years Pacers. They will need Rubio back, even if it’s for half a season.

The Nets having a better regular season record than the Knicks.

Franklin Mieuli: Purchase. The Nets are basically as good as the Atlanta Hawks of 2008-2012, and maybe a bit better. The Knicks still only make the playoffs because they’re in the East.

Jacob Greenberg: Purchase. Though I think that’ll look like 48-50 wins for the Nets, as compared to 45-47 wins for the Knicks. Neither team will pose serious challenges to either the Heat or the Celtics.

Jordan Durlester: Pass. I know better than to use International play as a good sample but Melo impressed me so much, I’m betting the Knicks figure it out.

John Reyes-Nguyen: Purchase. The Knicks are a mess. The Nets built a pretty solid core and I think they could do some real damage. And with Dwight Howard they can…oh wait, that never happened. 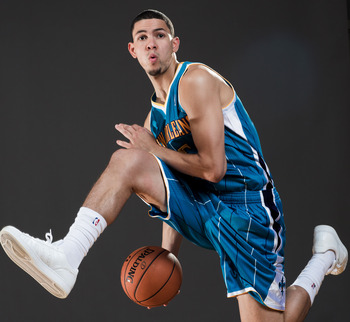 Franklin Mieuli: Pass. I would probably pass if it were 30 games. Eric Gordon isn’t THAT good, Austin Rivers isn’t good and Anthony Davis is still a skinny 19 year old.

Jacob Greenberg: I’m going to purchase. I think Anthony Davis will be an immediate force, and Eric Gordon and Ryan Anderson will be good scorers next to Davis’ defense. Al-Farouq Aminu, Xavier Daniel, Grevis Vasquez and Jason Smith got a lot of valuable experience last season, and went 5-8 against .500+ clubs in March and April 2012. All of that, plus Monty Williams and an involved new owner, will create enough momentum for the Hornets to win 40 games and become one of the feel good stories of the year. Playoffs are still a season or two off, though.

Jordan Durlester: Pass. Maybe in two years but still too young right now. Stoked to watch them run though.

The passing of the Mavs into the afterlife. 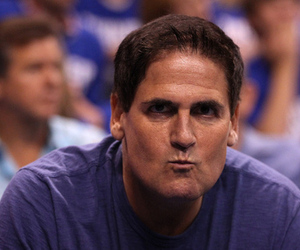 Franklin Mieuli: Purchase. Nowitzki is no longer a top 10 player, and Kidd and JET have passed. They’re still good enough to maybe make the second round of hte playoffs, but I can’t seem them getting by the Lakers/Spurs/Thunder/Clippers.

Jacob Greenberg: Pass…on. The Mavs still got it. None of the moves they made this summer make them any worse. Jason Kidd and Jason Terry will be missed, but they replaced them with younger, more athletic pieces in Darren Collison and O.J. Mayo. Chris Kaman is an upgrade over Brendan Haywood, and Elton Brand provides insurance at the 4 or the 5. They won’t contend, but given their experience, I don’t see them missing out on the playoffs. And they’ve done a good job preserving cap space for 2013.

Jordan Durlester: Purchase. A new era in Mavs basketball. For some reason I think they’ll come out hot but will gradually fade away to mediocrity.

John Reyes-Nguyen: Purchase. The Mavs won’t be relevant for a while. Maybe Cuban sold the Mavs’ soul for a championship.

The death of the traditional center (for the umpteenth time).

Franklin Mieuli: Pass. The Knicks, Lakers, Suns, Warriors, Pistons, 76ers, Pacers and Memphis all still count a traditional center as one of their top 2 players.

Jacob Greenberg: Gun to my head: Pass. Centers are still important enough because they provide an intangible that really can’t be addressed. Good centers really only can be beat by (1) other good centers, or (2) themselves. I think the Magic would’ve been a much different playoff squad had Dwight been around, and I’d wager the Nets with a healthy Brook Lopez would’ve been a playoff team. The same even goes for the Milwaukee Bucks, who were without Andrew Bogut (and then permanently without him). The Heat and Thunder didn’t succeed because they played small ball. They succeeded because they have LeBron James and Kevin Durant, and amazing supporting casts that play to their strengths. Put a quality supporting cast around a quality center — like, presumably, the Lakers, and also potentially the Warriors and the Sixers — and those teams will be used as counterexamples to what the Heat and Thunder are doing. I believe the best teams will have a balanced mix of springy, defensively minded centers and efficient, hard-nosed scoring wings. I expect big things, Denver.

Jordan Durlester: No! Pass! A transition to being quicker and more well rounded will certainly be advantageous, but long live the awkward big men!

John Reyes-Nguyen: No Look Pass. There’s tons of traditional Centers in the league. The problem is most of them aren’t any good.