On November 28, my roommate Dulce learned that my words, for a long time, had been mostly hollow. I could sense the incredulousness in her stare as I nervously fingered the empty red Swisher Sweet wrapper, an herby haze settling around the room.  The cherry burned brightly, a thin line of smoke rising lazily from blissfully hot embers.

“So that’s that, then?” Dulce asked me, her voice rising with scorn, her eyes meeting mine in an accusatory stare.  I reflexively averted my eyes.

She took another long hit, and laughed knowingly.

“Well, ain’t that some shit,” she said, and chuckled to herself.  ”You did all that complaining for so long. So long.  And for what?  To forgive them all as soon as it was over?”

I took the Swisher from her hand, and let the end of the workday fill my lungs.

“Yep,” I said, somewhat defensively.  ”And that’s how it was always gonna be.”

“I guess.  But damn, dude,” she muttered, and took the Swisher back.  She inhaled deeply, and slowly let the smoke waft out of her nostrils.  She ashed the Swisher, handed it back to me, and smiled wanly.

******
I typically think of myself as a person who stands firmly by their convictions.  Never one to sugarcoat strongly held opinions, I am quick to share my thoughts, and often do in a rather bombastic and exuberant fashion.  While this has sometimes worked to my benefit, there have also been times that my style of delivery polarizes potential allies, and hinders my ability to develop trust and rapport amongst others.  Nevertheless, I am rarely accused of flip-flopping, and people tend to know where I stand on a healthy variety of issues.  And generally speaking, I take pride in this character trait.
It should come as no surprise, then, that throughout the NBA’s 161-day labor stoppage, I relentlessly hated on the NBA.  I discussed my current feelings on professional basketball much like one woudl describe the unexpected end of a romantic relationship, bitterly lamenting the transgressions of an ex-lover whom emotionally you wish was anything but an ex.  Vitriol flew out of my mouth, and fire burned in in my eyes as I lambasted the owners, the players, and the league that couldn’t figure out a way to split up the last 3 billion dollars out of nearly 300 billion dollars of revenue.  I couldn’t believe the actions of the 1%.  There were no sides to take in the argument, and don’t try to fucking reason with me. Everyone was wrong.
But then, just like that, it was over.  On November 26, as I was just settling in for an exciting Saturday night watching Seinfeld reruns and combining the bottoms of various breakfast cereals to create an ubercereal, I checked HoopsHype and read the words I had been longing to read for long: tentative settlement reached.  I screamed like I had just been crowned prom queen, and texted and Facebooked (now a verb) the same refrain to tens of friends, family members, and NBA fans I’ve maintained contact with over the years: THE LOCKOUT IS OVER.  Ultimately, the agreement itself was not a ton different than the one the player’s union rejected in dramatic fashion on November 14th — the players will get 52.5% of the BRI within six years, and owners got a variety of new tools to erase their own dumb contractual decisions — but that’s not what’s important.  What’s important is that the lockout is over, baby.  Everything’s gonna be okay now. But, wait.  That’s not what’s important.  Or, at least, that’s not what I had claimed earlier.  Instead, I had argued just a few weeks prior that it didn’t matter whether the season was abbreviated or cancelled altogether, because my lasting sense of fanhood in the NBA was becoming irreparably broken.  But we see how that turned out.  Despite my insistence that the lockout had changed me; had let me turn to matters of greater political and personal importance, I cannot describe to you the happiness I felt when I learned that the season was going to be preserved.  Sure, I had talked a big game about how I would cope in the event that the season was canceled.  I developed a passing interest in Euroleague, threatened to grow a beard (I did, and still have it, though have mostly stopped taking pictures of it), and even thought about following college basketball (oy gevalt).
But isn’t that how it always works?  There’s something so utterly bittersweet about getting back together with an ex-love.  It takes many different forms, but nearly all of us have reunited with a long, lost, and perhaps even forbidden person, place, or thing.  Be it the amazingly sinful cheeseburger sneakily eaten while slogging through yet another failed diet, or the really great fiction novel read while you’re supposed to be working on a paper for school.  When we return to our old loves, we also return to old memories, old comforts, and old motivations.  We can, if only for a moment, escape back to a period where times were simpler, and true happiness could be found solely on this item, idea, or individual.  It’s a moment of zen; the world falls from around you and everything blurs into a warm haze.  It’s love, pure and simple. 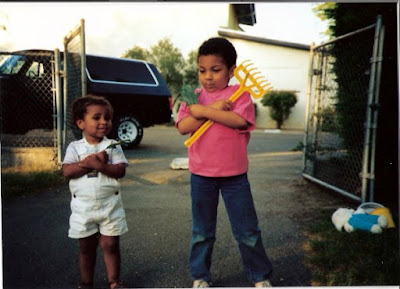 Yet, the entire affair, regardless of what that affair is with, seems melancholic.  In your journey back to this moment of bliss, inevitably something was compromised to get there again.  The forbidden kiss with an ex-love comes at the expense of a lot of work “getting over it,” vain as it may have been.  Likewise, consumption of the cheeseburger, as wonderfully melty and cheesy as it is, comes at the expense of your previously disciplined diet.  Reading fiction broadens your mind, and enlivens your spirit, but doesn’t help you get your homework done.  Unfortunately, once the pure bliss of reuniting with a lost love recedes, one is left with a few harsh realities: that there was a reason, or maybe even reasons, that this person, place, or thing left your life (or was pushed out of your life) in the first place.  Whether that was for good reasons or not doesn’t really matter — you had moved on to a different place.  Perhaps even a better one. As hard as the lockout was to bear, and as painful as the prospect of a canceled season was to face, I was prepared to broaden my horizons beyond that of your average NBA fan.  I had started watching Euroleague, and was starting to appreciate the unique atmosphere international basketball presented to the average NBA fan. Seeing NBA role players, many in their home countries, playing against quality competition in front of rabid crowds was an interesting change of pace.  I was even playing basketball instead of just watching it — something I hadn’t done consistently since 2002.  I’m still terrible; I can’t shoot, can’t dribble, can’t drive or make a layup to my left.  Still, it’s nice to relive moments of my youth, pretending to be boring-ass players like Tim Duncan, Nate McMillan and Mark Jackson while everyone else tried to be like Iverson.  And now I’m playing more than I did when I was 15 years old.  Sure, the NBA was gone, but I was getting by.  I was moving on to a different place, where I didn’t come home from work, crank up League Pass, and just watch basketball and forget about everything that had happened that day.  And, despite my misgivings, I was starting realize that this new life wasn’t so bad.
Or, so I thought.  As soon as the billionaires and millionaires figured their shit out, I came crawling back. Guys, I said I would.  Every time.  Come Christmas Day, this giddy Black Jew will get all nasty with Amar’e's goggles, KG’s scowl, Dirk’s fallaways and Chris Bosh’s new muscles.  I’ll stare lovingly into Derrick Rose’s equally loveless 1000-yard stare, and will carefully consider Kobe’s deep frown as both his marriage and his team fall apart.  And, in the finale, with my two nephews and older brother by my side, I will watch my beloved Golden State Warriors take on the Los Angeles Clippers, aka Lob City, the most revamped team post-lockout.  What’s not to love?  Really, what’s not to love about getting back together with your ex-love?
Well, I guess the griping between a cross-section of the richest 1% of the population isn’t so becoming.  And the image of players taking extended vacations, or playing flag football, or playing beach volleyball,  or modeling their Blipster fashion styles, on the the millions they saved while they argued that they “getting screwed” by the owners kind of got my goat.  And reports that the lockout served as an excuse to lay off over 400 NBA employees with no chance of rehire really seems — what’s the word I’m looking for?  Oh yeah, fucked up.  And even with Stern and Hunter championing their compromise while sitting in their best business casual, we shouldn’t be so surprised to see some of those old shortcomings that everyone sort of found obnoxious, not just the billionaire owners who locked out the players.  Like, a superstar forcing their way out of a small market for a larger market. Or, owners signing role players who overachieved in contract years to large, multi-year deals. I’ve even picked up on some ugly new habits, like the proclivity towards heavy handedness from the league office, even if it yields better results in the long run.  Yeah, some people never change.  Some things just seem to remain the same.
But maybe that’s why I’m meant for the NBA, and it’s meant for me.  Our shortcomings are mutual, and we happily settle for less, together.  Over these 161 days, I saw aspects of the NBA that made me cringe; elements of capitalism-driven greed and pathetic displays of elitism and wealth.  But it was not enough to get me to quit it.  It wasn’t enough to make me change myself permanently, or my values, because I knew I would come crawling back.  And I think in a few days, when I’m sitting in my home in Santa Rosa, with my entire family around me, watching basketball all day long, I’m going to feel good about my decision to go back to my flawed, yet truly fantastic love.
And I’ll finally get to shave this stupid beard. Jacob is a behaviorist by day, blogger by night, and founded the Diss. Follow him on Twitter @jacobjbg
View all posts by Jacob Greenberg →
This entry was posted in General and tagged Lockout, Lockout Beard. Bookmark the permalink.

2 comments on “The Lockout Beard, Concluded.”