If I may: a brief word about Jeremy Lin, who has seemingly taken his talents to the Houston Rockets.

So, if it was my choice (and I guess it is my choice, seeing as how this is my blog and all), I’d probably never write about Jeremy Lin again.  It was exciting to plow into uncharted territory, and even play a direct role in charting some of that strange territory, but there were a lot of frustrating moments throughout the ordeal.  That isn’t to say I didn’t have any fun during those 26 games of magic and wonder.  Verily, Linsanity was a wild ride, and a lot of fun while it lasted.  Lin played out of his mind, the Knicks were a ton of fun to watch, and lots of very smart, insightful analysis was produced by basketball analysts and enthusiasts alike. 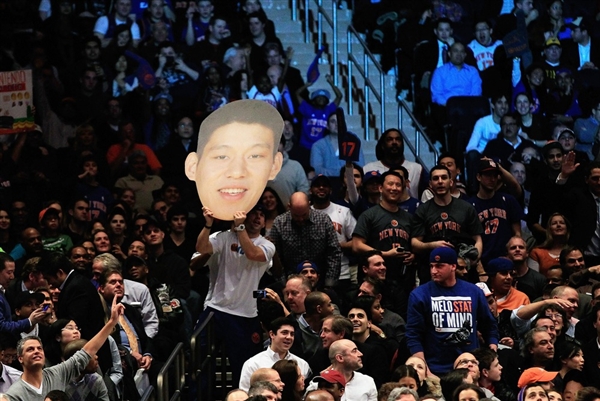 But there was a lot of not-so-smart analysis that was produced in the wake of Linsanity.  Even worse, there was a lot of not-so-smart analysis that also was distinctly racist as well.  There were “chinks in the armor”, as well as inappropriate ways to “taste the Linsanity”.  Throughout the run, analysts and fans attempted to reconcile the obvious point of Linsanity — that an Asian-American player had essentially broken a glass ceiling and was succeeding in a “Black man’s game — and provide balanced work that acknowledged the phenotypical notoriety of the event without orientalizing the subject of analysis.  And while some work did a great job at this, other work fell a bit flat.  And some work just missed the mark altogether.  It was a wild and wooly time — when a bunch of people who were prone to “knowing it all”, but had never watched a game of basketball in their lives, suddenly were experts on the game, and Lin’s place in it all.

Jeremy Lin is back in the news, even though he hasn’t played a minute of meaningful professional basketball since early April.  He recently inked a 3 year, $25.1 million dollar with the Houston Rockets.  He’s a restricted free agent, which means the Knicks have the ability to match (or exceed) the contract offer, and retain his services for the length of the deal.  The Knicks had long been expected to match the contract, but after acquiring Raymond Felton (and Kurt Thomas) in a sign-and-trade with Portland, are looking less likely to do so.  Marc Berman of The New York Post wrote on Saturday that the Knicks were unhappy that Lin signed the deal and didn’t negotiate directly with the Knicks, since the Rockets offered a backloaded contract that will put the club in the luxury tax after the 2014-2015 season, and will make it hard to sign quality free agents to improve the team.  Berman writes that Daryl Morey, the Rockets’ GM, signed the deal knowing that the Knicks would quickly match the contract.  Then, as almost an afterthought, Berman writes: “Morey is good friends with former Rockets center Yao Ming, Lin’s mentor.”

Huh?  Yao Ming?  Lin’s mentor?  Reading this immediately made me double take.  Yao?  Lin’s mentor?  What?  When did Yao Ming and Jeremy Lin find the time, space and circumstances to craft a mentor-mentee relationship?  Besides the fact that a retired center would have very little advice to offer an up-and-coming guard, the timing just doesn’t seem to make sense.  In 2010, when Yao was last playing in the league, Lin was a member of the Warriors.  Lin’s brief stint with the Rockets came long after Yao retired and returned to China, and long before Lin’s rise to global stardom.  I suppose Yao might’ve been around Houston when Lin was a member of the team, but there’s no evidence to support this statement.  Nor does it seem to be relevant to this contract dispute with the Knicks in any real way.

In fact, a cursory internet search seems to imply the exact opposite: that Yao and Lin had, and have, no obviously deep relationship, besides the superficial contact that most notable players have with the younger players who respect them.  In a piece published in late February on NBA.com, Yao Ming discussed Linsanity, which at that point was in full-swing.  Yao was excited by Lin’s rise to prominence, but noted specifically that he hadn’t crafted a close connection with the guard in a racial, nationalistic, or even really a professional way.  As Frank Blineburry wrote in that piece:


“Yao chuckles at some of the stories that have circulated on the Internet saying that he has been a mentor to Lin. ‘Please, don’t let anyone think that Yao has given him any big secrets about how to play,’ he said.  ’First, Jeremy doesn’t need my help.  He is very talented himself.  And I am a big man and could not teach him how to be a guard.  I know Jeremy.  We have exchanged text messages, just normal stuff, not deep.  I congratulated him this week.  That is all.’” Okay.  So, I’m not that into accusing people of racism without knowing the person, where they came from, and where they’re intending to go with a particular statement, idea or object.  But when something like this happens, you can’t help but think about Berman’s thinking.  If there’s no evidence that Lin and Yao ever had a meaningful relationship, and even published material that states the contrary, why would a well-regarded journalist like Berman include a baseless statement like this?

Reading hastily constructed assertions like Berman’s, which don’t seem to be based on anything but an assumption by a sports writer trying to beat a deadline — both of those guys are Chinese, right?  They must be close — makes me fearful for the future of Jeremy Lin, and the ways that the player and the person will be discussed as time goes on.  It’s easy to forget that after just 26 quality games, Jeremy Lin is still discussed as something of a novelty.  26 games is an extremely small body of work to analyze, and at this point, many of those memorable performances seem to exist somewhat in a vacuum.  As such, we must continue to rely on the aspects of Jeremy Lin that, arguably, are least important to his career as a professional basketball player: his race, and the life he lived before he became a highly-paid point guard in the National Basketball Association.

But perhaps now, things will be different.  Jeremy Lin, who was once championed as a walk-on success story in New York, is in all likelihood about to be the starting point guard for the Houston Rockets.  In New York, the focus was on all of the things that Lin had accomplished due to hard work and a little bit of luck.  From here on out, however, Lin must be portrayed as one of the luckiest, most opportunistic players in NBA history. Think about it: how many other athletes have turned, essentially, two months of work into a $25.1 million dollar paycheck?  Lin will be the starter on Day One in Houston, and expected to produce as much as someone who is getting paid $25 million (including a cap-killing $15 million player option in the third year of his deal).  If he succeeds, and becomes a star for the Rockets, he will finally earn the adulation that he received for those 26 quality games.  If he fails, he will be roundly criticized, and lampooned for achieving global phenom status, despite the fact that that condition was created by all of us around him.

At that moment, when Jeremy Lin takes the floor wearing Rockets red, flanked by a crew of expiring contracts that will eventually become Dwight Howard, I hope Linsanity will officially be declared over.  No longer will he be the solitary focus of the New York media, who played as big of a role in the creation of Linsanity as Jeremy Lin himself.  No longer will his strengths be regarded as pleasant surprises, and his weaknesses written off as jitters from a player who never expected to play this important of a role on a big stage.  He will be assessed by the value of his contract, as well the numbers he produces for his team.  And unlike the wooly days of Linsanity, when everything he did was considered to be a shiny bonus, his good nights will be taken for granted, and his bad nights will be hyperanalyzed.  In other words: he’ll be just like any other player.

But that’s really what we want at this point.  Right?  We don’t want to have to roll our eyes at untruths and misplaced assumptions, like the Yao-Lin mentorship that doesn’t actually exist.  We don’t really want to have to keep coming back to the fact that Jeremy Lin’s rise to stardom rested (at least partially) in his designation as a racial “other”, at least compared to his peers on the court.  In the same way where we can assume that people in the Congo cheer for Serge Ibaka, or that people in Israel cheer for Omri Cassipi, or that people in Iran cheer for Hamed Haddadi, we can now safely assume that people in Taiwan cheer for Jeremy Lin, and can live without having to read about it after every game.  Jeremy Lin has shown his cards: he is like every other young player, trying to maximize their earnings whenever and however they can.  His couch-sleeping days are over.  And hopefully, so are his days as a racial other, both on the court, and in analysis about the sport.

But if there’s one thing about this league that’s always painfully true: this ain’t over ’til it’s over. And in a global capitalist society like ours, I suspect Linsanity is far from over. 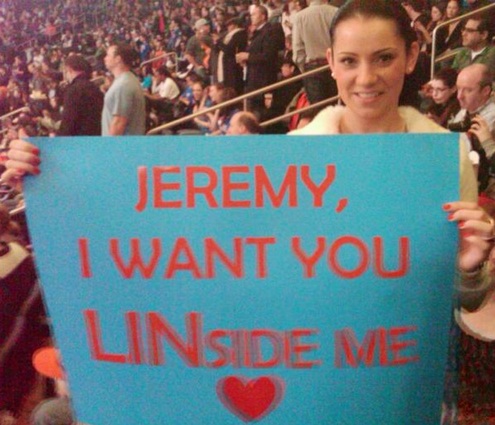 Jacob is a behaviorist by day, blogger by night, and founded the Diss. Follow him on Twitter @jacobjbg
View all posts by Jacob Greenberg →
This entry was posted in General and tagged Houston Rockets, Jeremy Lin, Linsanity, New York Knicks, Yao Ming. Bookmark the permalink.