If It Ain’t Broke, Break It. One of the most compelling aspects of the NBA offseason — especially for the die-hard fan — is watching non-contending franchises “blow it up”.

Colloquially speaking, “blowing it up” refers to the moment when a team’s central leadership core — typically, an owner, and a general manager (if that general manager is still in the ownership’s good graces) — decides that wholesale changes need to be made in nearly every single aspect of a franchise, from the players on the court, to coaches on the sidelines, the executives and assistants who work in the front office.  ”Blowing it up” is distinctly different than a team that adds a few, or perhaps even several players to an existing core group in an attempt either continue or complete a rebuilding project.  The majority of the NBA falls into this category, with teams like the Minnesota Timberwolves, Golden State Warriors, the Washington Wizards serving as the best examples.  While these teams made a series of moves that drastically altered the face of their rosters, none of these teams certifiably blew it up this offseason.  Similarly, “blowing it up” is subtly different than a team that makes series of high-profile transactions to drastically alter the on-court product, and recast stale or misused assets in a different light.  The Los Angeles Lakers, of course, did this with Steve Nash and Dwight Howard, and to a lesser extent, the Brooklyn Nets and New York Knicks have followed suit (though their moves will not get them very close to a ring any time soon).  But those teams did not “blow it up.”

You see, “blowing it up” means exactly what it looks like: blowing it all up.  In its truest sense, “blowing it up” doesn’t mean just changing the on-court product.  The Lakers didn’t blow it up, since Mitch Kupchak and Mike Brown are still in place.  The same goes for the Mavericks, who are stil led by Donnie Nelson and Rick Carlisle, or the Knicks who will rely on Ernie Grunfeld to Mike Woodson to direct the women and children to the lifeboats.  No, “blowing it up” almost necessarily means that the off-court product must change as well.  In a best case scenario, this only affects the strategy that a team employs to run a team and manage a roster.  However, in the worst case scenario (depending on what “worst case scenario” means to you), everything about the off-court product must be revised.  This goes for the general manager, the assistant general manager, and everyone else that the GM employs to help implement a failed system.  In the end, the bottom line must be met, both in terms of wins on the box score and in the box office.  And if the bottom line hasn’t been met, all you need to do is look up, and watch the ceiling fall on your head.  That, my friends, is blowing it up. Each offseason, a number of teams clearly blow it up.  This offseason, in some respects, is no different; we can clearly point to some teams that bought the farm, went for broke, and did every other team-building euphemism that I can’t think of at 11o’clock on a work night.  However, what does seem different — or at the very least, distinct — about this very busy offseason is that a number of teams that most casual and dedicated fans would prohibitively call “good” decided to blow it up as well.  Sure, plenty of bad teams blew it up, yet again.  The Houston Rockets and Phoenix Suns — two .500-ish teams that have been mired in mediocrity for some time, stuck hopelessly between competitive eras — unloaded most of their rosters, sent their quality veterans to contenders, and assembled younger, cap-friendly teams in an effort to be players in the modern NBA, where value is bought and sold at a rate akin to the New York Stock Exchange.  Each year we see a few teams like these — teams that never reached their lofty goals, and now must officially change their directions.  The Suns and Rockets have joined teams like Utah, Memphis, Cleveland, Detroit and Minnesota, and must now hope for the best.

But again, what has piqued my attention is the number of “good” teams that decided essentially to blow it up and start anew.  Perhaps this is a condition of the new collective bargaining agreement, and the stringent financial constraints that franchise front offices must adhere to lest they pay the sinister luxury tax (take a bow, Gar and John).  But in my view, good teams that are choosing to rebuild at this time are emblematic not just of the way the NBA operates today, but perhaps are reflective of the way we, as humans, are wired, and behave in a dynamic, constantly changing landscape where opportunity is fleeting, and stability — boring, old stability — is questioned more than celebrated. The other two teams that certifiably blew it up this offseason — the Orlando Magic and the Atlanta Hawks — stand as examples of teams that purposefully chose to put an end to a seemingly good thing in favor of the great unknown, and what might possibly be in store there.  Orlando’s sad tale has been told a number of times now; the latest team to suffer the totalizing embarrassment of not being cool enough for a star player.  They looked self-consciously at their feet and pretended not to care when Shaq left for Los Angeles in 1996, and did the same for (a diminished) Penny Hardaway in 1999.  Tracy McGrady followed suit in 2004, and, unsurprisingly, Dwight Howard took Shaq’s path to LA this past summer (but as a dumb-sighted ninny, and not as an unrestricted free agent).  Despite the fact that the team won 37 games, and delivered a spirited performance in the opening round of the playoffs, the DeVos family and CEO Alex Martins decided to clean house.  Dwight’s gone, as well as former head-men Otis Smith and Stan Van Gundy.  In place of the latter two men is Rob Hennigan and Jacque Vaughn, and in place of the former, Arron Afflalo, Al Harrington, Nik Vucevic, Moe Harkless, Christian Eyenga, a few jettisoned albatrosses, and five future draft picks.  The team now lays in pieces on the ground, and it will take several seasons for Hennigan, Vaughn and a core group of players who have yet to be identified (and probably have yet to play a game of NCAA basketball, let alone professional basketball) to put them all back together again.

The Atlanta Hawks, on the other hand, stand as an interesting example of a team that eschewed calm, quiet stability in order to take a chance on something bigger than themselves (as previously constructed).  We have discussed teams where quiet consistency became a sublime misfortune, and the Hawks were certainly treading that dangerous line.  They had settled, seemingly, on a core of Joe Johnson, Al Horford and Josh Smith, with supporting help from Jeff Teague, Marvin Williams and Zaza Pachulia.  They had settled, seemingly, on the system constructed by Rick Sund, which employed Mike Woodson, then his lesser-paid clone Larry Drew, for eight seasons.  They had settled, seemingly, on the fourth or fifth seed every season, and a second-round exit.  But underwhelming results in the playoffs, and a commuter-esque arena that consistently featured as many transplanted fans of other teams than Hawks fans themselves, certainly necessitated a change.  And change came in a big way.  Rick Sund was retained, but basketball operations were handed off to Danny Ferry, the former general manager in Cleveland during the majority of the LeBron era, and who had been working as an assistant GM in San Antonio.  Ferry quickly made his opinion on the Hawks known: they had settled for too long.  Joe Johnson’s ridiculous contract was jettisoned for four cap-friendly contracts, and Marvin Williams was sent to Utah for combo guard (at least while he was a Mav) Devin Harris.  Sure, Drew and Sund were sticking around, but what was once $105 million in committed salary became roughly $24 million — $75 million dollars worth of cap space necessary for any team that hopes to be a player in free agency.  Indeed, a new reality was needed, and if that reality involved (presumably) a lot of losing, well, that was preferable to a life of sustained mediocrity. 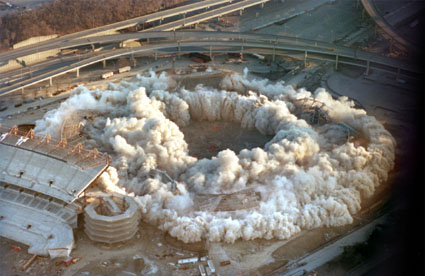 That new reality — best enjoyed with dust and rubble swirling about you — only seems to come with a difficult rationalization: that sometimes we all must “blow it up”, even if things don’t seem all that bad.  This takes many forms that have nothing to do with professional sports, amateur sports, or really, sports in general.  We blow up jobs, we blow up relationships, we blow up domestic situations, and we blow up the figurative bridges that link us with one group, sometimes in favor of another.  The key, however, is that we work to rebuild what we have blown up, either with new pieces altogether, or with some of the old pieces that just weren’t working out the way that you (or others) had intended for them.

Hope plays an important role in that process of rebuilding what we’ve destroyed, because, simply put, that’s all we have.  We hope for patience from others, and forgiveness from ourselves.  We hope for luck that things will work out for the better, and not for the worse.  We hope that our best laid plans remain horizontal, and in the event that they go vertical, well, we hope that we’ve prepared the best that we can to roll with the punches and set a new course of action.  And there’s something wonderfully enticing about an exciting, if uncertain future.  It’s something I’ve learned as an NBA fan, and frankly, as a person just trying to live their life.

So with that in mind, I wish all of those who are “blowing it up” — pro-team or otherwise — best of luck.  Stay strong, stay the course, and don’t forget your hard hat. 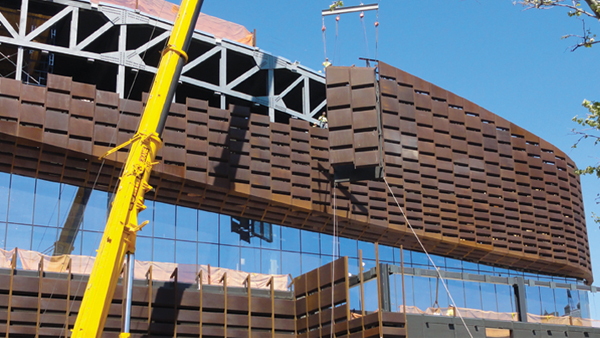 Jacob is a behaviorist by day, blogger by night, and founded the Diss. Follow him on Twitter @jacobjbg
View all posts by Jacob Greenberg →
This entry was posted in General and tagged Atlanta Hawks, Houston Rockets, Los Angeles Lakers, Orlando Magic, Phoenix Suns. Bookmark the permalink.