Posted on September 19, 2012 by thediss
Jeremy Lin reentered the news this week when he asked to sleep on new teammate Chandler Parson’s couch. That’s the only excuse we need to talk about him! How will he fare in Houston? John Reyes Nguyen: Jeremy Lin is better off in Houston than in New York. As a Knick, the fans will want Linsanity all the time and that’s just not going to happen. He’s a good point guard but he’s not a player who can turn around a franchise, which is what the Knicks need. I think he will be fine in Houston, probably averaging 13pts, 8ast, 3turnovers per game. Unfortunately, Houston’s gonna be really terrible for a while so that will hurt his stock too.

Jacob Greenberg: I think he’ll put up nice numbers (around 20 and 8?), but Houston will be nowhere near the playoffs. He also stands a decent shot of getting voted into the All-Star Game as a starter by the fans.

Andrew Snyder: Hopefully, Lin will average 20-7-12, carry the Rockets to the #1 record in the Western conference, and proceeds to break internet basketball culture as we know it.

Franklin Mieuli: Depending upon how you feel about Kevin Martin and Omer Asik, Jeremy Lin might just be the Rockets best player. His usage rate will be very high, meaning he will get a bunch of assists, but also a bunch of turnovers. He rose to prominence while Melo was out and his usage rate was off the charts. Therefore, I think that while Lin’s advanced stats will show him to be having a decent year, he’s going to average something like 20 points, 5 rebounds, 7 assists and 5 turnovers a game.

After not receiving any contract offers, Brian Scalabrine turned down an offer to coach the Bulls in order to do media work with the Celtics. What are your thoughts on the end of White Mamba’s playing career? 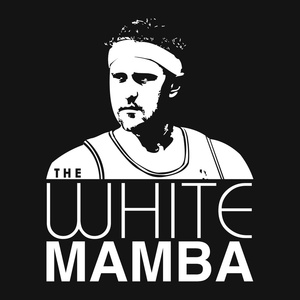 John Reyes Nguyen: It’s about time. Too many guys making a living in the NBA by being a “Locker Room Guy” and the first person off the bench to high five the players.

Jacob Greenberg: When you earn over $20 million over your career, you must be doing something right. I like him as a broadcaster and think he’ll probably get picked up by one of the national affiliates in the near future. We haven’t seen the last of White Mamba.

Andrew Snyder: This roundtable is right in my wheelhouse! Scal was a Celtics legend, and having heard him as a guest commentator before, I’m pretty sure he’s going to be great in his new role — who knows, he could slowly morph into the next Tommy Heinsohn! Maybe they’ll settle down together, film a reality show, and then Tommy can finally have another “redhead in Needham.”

Franklin Mieuli: I just don’t get it. I don’t get the internet’s fawning love of Scalabrine. I mean, did he really ride middling basketball skill and red hair that far? I don’t find him that interesting, and I just don’t really care.

The New York Knicks offered their D-League head coaching job up to Patrick Ewing, which insulted the big man. Does he have cause to be upset? John Reyes Nguyen: Do the Knicks really owe him anything? It’s not like their head coaching position is available, at least not right now. And the head coach determines who’s on his staff. Seems like they tried to bring him back to the organization the only way they can by offering him the D-League position. He’s not done paying his dues.

Jacob Greenberg: I mean, he has been an assistant coach for several years now. But plenty of assistant coaches never get head coaching jobs, or have to wait a long, long time before they get a crack at it. Tom Thibodeau was an assistant for 23 years before he got a head coaching gig. I think Patrick feels like he’s entitled a job because he’s an all-time great player, and did good work with Yao Ming and Dwight Howard. If he really cares, he’ll keep working, and something will come up.

Andrew Snyder: I think Ewing definitely has the right to be upset, although without any insider knowledge, I really can’t speculate how deserving he is of NBA head coaching jobs and interviews. Maybe this just shows how big of a joke the D-League really is…

Franklin Mieuli: No. His one possible claim to fame is coaching Dwight Howard to stardom, and even that is dubious as Howard’s talent was evident (and blossoming) before Ewing came along, and because somehow after 5 years of coaching by Ewing, Howard still doesn’t have that good of a post game. Ewing needs to shut up and take this opportunity.

Rumor has it Bill Simmons and Stan Van Gundy will be joining ESPN’s studio show this year. Thoughts?

John Reyes Nguyen: If Bills Simmons talks as much as he writes, it’ll be a disaster. Sounds interesting, but Jeff Van Gundy is better.

Jacob Greenberg: I’d prefer if they called games, but sounds good to me.

Andrew Snyder: Oh baby. As a Simmons reader since before you were (Child of Boston… what’s up Page2!?), at least I think I’ve got all the credibility you could ever need to answer this question. I’ve slowly listened to Simmons transform from a B.S. Report train wreck into a solid pod-host. Is that a word? However, he’s has been wildly inconsistent on TV, killing it on occasion as a PTI fill in, but also sounding awkward in the NBA booth doing something he has no business doing - color commentary. Ultimately, the role of a studio host is somewhere in between those two, and I’m interested to see where this goes. Simmons could be great, or he could be a trainwreck who can’t stop talking about the Celtics, or bringing up self serving concepts only he cares about (the pyramid?) from page 273 of The Book of Basketball. On the other hand, Stan Van Gundy has been there done this - he’ll kill it.

Franklin Mieuli: Very excited to watch Stan Van Gundy to commentate, as that guy has no problem saying what he thinks. As far as Simmons, I’ve been underwhelmed by his podcasts and TV appearances, so I’m not expecting much.