Editor’s Note: The Diss is proud to present a guest piece by Gregg Gethard. While we were initially hesitant to add to the litany of writings on Royce White (including two of our own), Gregg’s take was too compelling, well-written and empathetic not to share. Go give him a follow.

I say this because I am Royce White.

No, not literally, of course. I’m actually Gregg Gethard. But, like Royce White, I battle with mental illness. 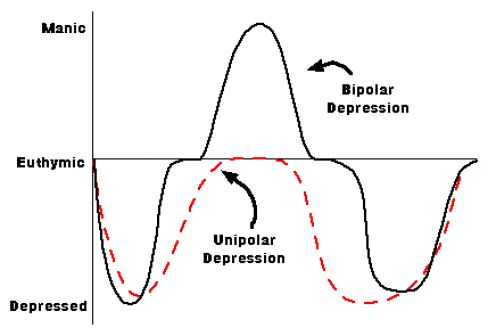 A few years ago, I was diagnosed with bipolar disorder. It all made sense as my life has been a constant struggle of ups-and-downs and generally inconsistent behavior patterns. I could go months being relatively fine – that is, I can work a steady job (as steady as journalism/writing allows), maintain healthy relationships and living like any stable, normal adult does.

But things happen to everyone. But when they happen to me, they happen in a big way. I can get overcome with energy (combine 10 cups of coffee and three Red Bulls after snorting an eight-ball of Pixie Sticks) and all of a sudden I find myself getting only an hour or two of sleep a night for a week straight. At first, I’m incredibly productive – waves of creative energy crash over my body. But then I find myself unable to control myself in a conversation, speaking non-stop, arguing with people over the most common of slights and end up crashing with a half-written novella that ends completely unfocused (like this paragraph) along with four new tailored suits purchased from Jos. A Bank. Or, it can go the other way. Some sort of stress in my life – a critique at work, being the most common, but a bad breakup or rocky friendship has caused it, too – can cause my brain to be filled with non-stop self-doubt and heavily critical thoughts. I didn’t just mess something up at my job; I am a complete and total failure and always have been. Then my body becomes so overwhelmed with the negative energy of dwelling on my faults and the sordid fuck-ups in my life, that it becomes woefully tired. It takes energy to get out of bed. Even going out to eat becomes an anxiety filled chore – there’s no doubt I’m going to screw THAT up as well and embarrass myself even further.

A few years ago, after a series of incidents that were triggered after I was let go from working at a magazine about hearing aids (yes, it was as dreadful as it sounds, and the incident that was the call-to-arms to get help was when a supermarket manager asked me if I was okay after I stared at frozen Stoffer’s meals for five straight minutes), I knew I needed help. That help has come in a few different ways. First, there’s medication. I was leery of taking medication for all the reasons people are leery of taking psychophysical meds – could it change my personality, would the side-effects end up with me growing man-boobs, etc. But the day I took the medication for the first time was life-altering; all of a sudden, my brain made sense. My thoughts were organized and coherent. The blasts of energy were noticed right away and I learned to channel it and stay focused. The negative thoughts were caught and met with self-reassurance – Yes, I make mistakes but no, I haven’t ruined my life and those of everyone around me.

But all I can do is manage what I have. And it doesn’t go away. Despite my best efforts and my daily fight to keep myself my actual self, I still lose the map. And bosses and managers and those sorts of people do not give one shit to this. I’m enduring this now. A recent personal tragedy (no details, but it’s one of the worst things to ever happen to me) threw me for a loop, culminating a really crazy year which involved Scientologists taking over my former workplace. I started a new job – non-writing, completely different than anything I’ve ever done before – and have struggled. None of this matters to my managers – they want results and my personal baggage and mental health does not matter to their bottom line whatsoever. I am not blaming them; that’s capitalism, and I am no pinko. But I’m at the mercy of my employer. Royce White is a professional athlete. He is in a different economy than what most of us are in. He has a special set of talents (which are special even for a basketball player) and has a much-discussed mental illness. He wants to have a proper protocol put in place to assure his mental health stays healthy. And, as we’ve seen recently when Robert Griffin III ripped apart his knee and the rash of post-career concussion related NFL suicides, professional sports teams—even those as progressive as the Houston Rockets—have a bottom line. They need to win games.

Royce White and his advisers do not trust a Houston Rockets-employed trainer to manage his mental health situation. Going to play for the Tulsa Drillers is not managing his chronic anxiety issues, which go well beyond a goofy fear of flying. He wants to have control over his situation and is willing to stall his career in order to do so. He can wait; someone, somewhere is going to acknowledge this and give Royce what he wants (needs) and he’ll make millions.

I only wish I had the power to do just that.

This entry was posted in General and tagged Houston Rockets, Royce White. Bookmark the permalink.