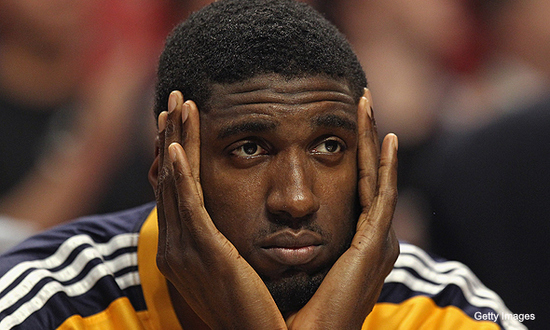 In the wake of Roy Hibbert’s thoroughly regrettable post game press conference, most of the attention has been paid to his “no homo” comment, and rightfully so. Despite what the bizarrely motivated homophobic lobby would lead you to believe (I dare you to wade into the comments sections of any piece on the topics and not come away angry, as well as fearful for the future of the human race), what Hibbert said was offensive, was something he should’ve apologized for, and the NBA was correct to fine him for it.

While not as offensive, his other comment was problematic as well. In response to somebody asking why he finished so low in the Defensive Player of the Year voting (he finished tenth) Hibbert said:

“You know what, because y’all mother fuckers don’t watch us play throughout the year, to tell you the truth,”

Hibbert’s comments were problematic for two reasons: they were wrong and they were mean.

To begin with, Hibbert has no idea whether media members watched the Pacers play this year. Sure they Pacers may not get the highest TV ratings, but the 121 Defensive Player of the Year Award voters don’t actually impact that number.

More salient is the fact that Hibbert didn’t deserve to win the award. Should he have finished higher? Maybe, but its pretty difficult to argue that he’s one of the best defensive players in the league when—whether because of fatigue, his offensive struggles or foul trouble—he was only able to stay on the court 29 minutes a game. Without a compelling argument that he should’ve been the winner over Marc Gasol, or even second place over LeBron James, we’re now arguing about the relative placement of a bunch of really good defensive players. In that case, is finishing 6th really all that different than 10th?

Hibbert also neglected to mention the respect given to the team by national writers. Eighty six percent of ESPN.com writers predicted the Pacers would win the Central Division, and while none of them picked the Pacers to win the Eastern Conference, that prediction will look pretty good if the Heat win game 7 tonight. Paul George also received the third most votes in a prediction of who would win Most Improved Player and Frank Vote received the sixth most votes in a prediction of who would win Coach of the Year. And of course there is the fact that Paul George actually won the Most Improved Award, was an All-Defensive Second Team selection and finished eighth in Defensive Player of the Year voting, and that Frank Vogel finished fifth in Coach of the Year voting. The Pacers received plenty of attention.

Let’s say Hibbert is right though. Let’s say that media members didn’t watch the Pacers play that much this season. Let’s say that the Hibbert deserved to be higher in Defensive Player of the Year voting, and that the Pacers team deserved more accolades. Even if we accept these facts, it doesn’t change the fact that Hibbert was an asshole to an entire profession.

There are some truly terrible members of the sports media. People that I have criticized in the past, people like Skip Bayless that truly dumb down the level of sports discourse, and websites like Bleacher Report that promote a terrible form of the work. You’ll get no argument against that from me. But there are also truly wonderful writers. People that are smart, gifted and work hard at the craft. For instance Tom Haberstroh and Mike Wells—two of the very best people covering the NBA—among other writers, were in the room when Hibbert made his comments!

Irrationally and outlandishly lashing out at media members has gotten weirdly fetishized lately. People applauded when Russell Westbrook immaturely reacted to a benign (if not particularly inspired) interview question, or when he was a dick (second to last bullet) and tried to make a reporter feel ashamed simply for sitting down. 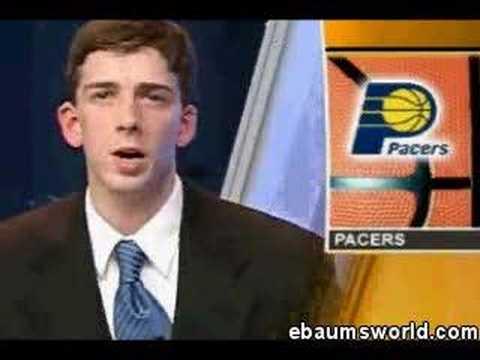 While not as offensive as “no homo”, Roy Hibbert’s other comment was ridiculous nonetheless. Let’s hope what he has learned from the experience is not “don’t be candid with the media” but “don’t be a dick to people you know nothing about”. I doubt it though.

Kevin “Franklin Mieuli” Draper was born and raised in Oakland, California, and loves it more than you can possibly imagine. Follow him on Twitter @kevinmdraper
View all posts by Kevin Draper →
This entry was posted in Monday Media and tagged Indiana Pacers, Roy Hibbert. Bookmark the permalink.