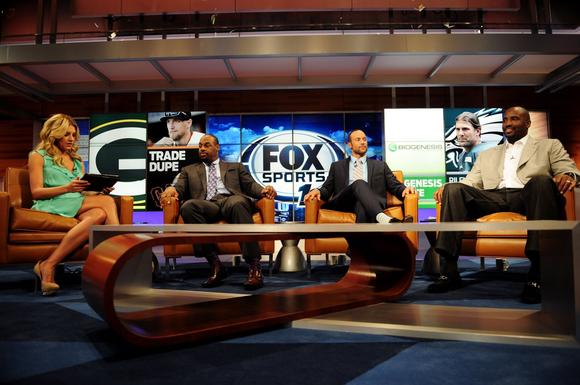 The most talked about sports media story of the day (year, really) is the successful launch of Fox Sports 1, the latest and most well-funded challenger yet to ESPN’s dominance. The early ratings are favorable, and it is fascinating to watch FS1 brand itself as “fun”, as opposed to what it sees as ESPN’s “jockularity”.

As Will Leitch convincingly argues however, the positioning of the two rivals isn’t really important. What determines the success of a sports network isn’t the collective IQ of the fanbase it targets, but the strength of its live television rights. If a network has the sports programming people want, they’ll also watch whatever studio show that follows, its format be damned. I don’t know that Leitch’s argument goes far enough, however, because none of this really matters.

The mere existence of FS1 doesn’t really change the sports viewing experience for the consumer. If FS1 didn’t exist, the World Cup, US Open and other live sporting events would still be broadcast. They might be broadcast on regular Fox instead, or perhaps ESPN would’ve bought the rights, but they would still be shown somewhere. The only difference for fans is the production of the live events: I really enjoyed ESPN’s production of World Cup qualifiers, and will likely be disappointed by a new producer in charge of them. Besides having to click over to a new channel, that’s the biggest impact FS1 has on the viewer.

They weren’t talked about nearly as breathlessly as Fox Sports 1 was, but there were two developments this weekend that actually improve the experience of watching sports more so than anything Fox Sports 1 did. 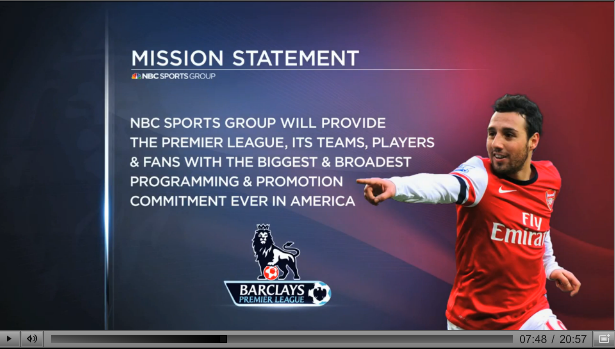 First NBC—which recently wrestled the rights to broadcast the English Premier League away from Fox Sports—had their debut weekend, and what a debut it was. Five of the weekend’s nine games were broadcast live, and all nine were streamed live on NBCSports.com as well as on NBC’s iOS and Android apps. Not to be left behind, ESPN pushed out a ton of updates to their Watch ESPN app, the biggest of which were the addition of sports content being broadcast on ABC, as well as making it much easier to flip between ESPN “channels”.

As much as you, me and all of the cord cutters may desire it, a la carte, pay-only-for-specific-channels programming isn’t going to happen anytime soon. Even if you only want ESPN, TNT and FS1, for now you’re still going to have to pay $49.95 a month for Bravo, TBS and all the other channels you don’t give a damn about.

If a la carte programming isn’t feasible, the best alternative—networks providing live streaming options (pay or free) independent of the cable package you bought—also isn’t going to happen. Perhaps the network best known for this was Al Jazeera, with hundreds of thousands of Americans tuning into their live streaming coverage online during the Iranian Green Movement and the Arab Spring. But with the debut of Al Jazeera America tomorrow, Americans will be geo-locked out of live streaming. The economics for this is quite clear. Distributors like Time Warner and Comcast are paying Al Jazeera for the right to broadcast Al Jazeera America to their subscribers. They don’t want Americans to be able to access the channel online instead of paying for it, they want Al Jazeera America to be a reason people pay for cable in the first place.

Thus, in the absence of de-bundling and full scale reform in the broadcast industry, or even moderate reform like access to live programming independent of cable subscription, we will have to content ourselves with better ways of viewing the sports we already pay too much for. With that understanding, the biggest improvement for sports fans this weekend wasn’t the introduction of a new challenger to ESPN, but instead better ways to access ESPN and NBC Sports online.