This is What Structural Racism in the NBA Looks Like While Los Angeles Clippers owner Donald Sterling’s racist views and actions have been long known, this latest episode stands in stark contrast to an increasingly corporate, professionalized and streamlined NBA. The newest team owners are tech and finance moguls who have hired young MBAs to run their teams. They’ve in turn given agency to coaches from nontraditional backgrounds, coaches who are just as likely to have interned in the video room as to have dunked in Madison Square Garden. So why aren’t these new opportunities being extended to black coaches?

The NBA has a reputation as the most racially progressive sports league, having received an A+ for racial hiring practices on the latest Racial and Gender Report Card from The Institute for Diversity and Ethics in Sport (TIDES). TIDES’s grading rubric is based upon the standard that a workplace’s racial makeup should reflect the United States’, and in 2013 found the percentage of employees of color in the NBA league office, team professional administration positions and working as coaches exceeded their representation in the United States at large.

It is worth asking whether 24 percent representation in professional positions is a lofty enough goal for a league where 81 percent of the players are people of color, but clearly both the league office and individual teams have diverse staffs. The NBA has never instituted its own Rooney Rule because it seemingly never needed to. When the NFL began mandating teams interview minority candidates for coaching positions, 91 percent of its head coaches were white. At the same time only 66 percent of NBA head coaches were.

But neither the TIDES report nor these impressive numbers tell us how NBA coaches are hired, and that’s where the picture begins to look less rosy for the league.

The current in-demand coaching archetype is that of the indefatigable, tunnel-visioned young man. The most prominent example of the form is Chicago Bulls head coach Tom Thibodeau. Thibodeau is hard-charging. He works tirelessly. He has no time for a wife, kids or watching TV. He watches video into the wee hours.  He is a workaholic. Playing under him is hard work, monotonous and draining. He’s the hardest working coach in the NBA.

Thibodeau isn’t the only coach that fits this model, merely the one whose edges are most defined. Half-Filipino Miami Heat head coach Erik Spoelstra has an “almost legendary” work ethic, is a sleep-deprived workaholic and had a humble beginning to his coaching career. Memphis Grizzlies head coach Dave Joerger has long “embodied grit and grind” and is a “hard-working career coach.” Indiana Pacers head coach Frank Vogel reached the NBA through “hard work, passion and unwavering commitment,” and “still labor[s] like he’s a low-level assistant. Sacramento Kings head coach Mike Malone is frequently described the same way: “Intelligent, hard-working and dedicated to his craft.”

One of the things these hard-working coaches have in common is that none of them had so much as a cup of coffee in the NBA; only Spoelstra even played D-1 basketball. In some ways this makes a whole lot of sense. NBA players that pursue a coaching career have a number of built-in advantages—name recognition, connections within the game—that others don’t, and they have to work harder to make up for it. They have to study and prove that they understand the game as deeply as those that played it. But the other thing these hard-working coaches have in common, besides never having made it to the NBA, is that none of them are black. 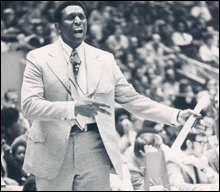 It is seemingly a necessity for black prospective coaches to have played in the NBA; their only pipeline to an NBA coaching position is having played the game. The volume of black coaches that began as team managers in college, as unpaid interns in the video room or graduated from coaching high school camps is only a trickle, washed aside by the abundance of white coaches that did.

There are a couple of black coaches that have been affixed the hard-working label—Mike Brown most prominently, who Mitch Kupchak describes as “one of the hardest-working coaches that I’ve ever been around”—but almost always as an aside in an article about something else. They aren’t given the lionizing hard-work profile like white coaches are; their wives aren’t interviewed about how they wake up at 4:30 every morning. In this way NBA writers are perpetuating the stereotypes many sports fans hold about NBA players, the same racist stereotypes about lazy blacks and industrious whites that have destroyed America since before its founding.

This perspective was borne out again in the 2013–14 Coach of the Year voting, where fifth-placed Dwane Casey was the only black coach—out of 12 in the league—to finish in the top five. Four out of his five first place votes were from black media members, and the fifth covered him when he won an NBA championship in Dallas. Four out of his nine second place votes were from black voters, and another two from media who covered him in Minnesota and Toronto respectively. It’s not that there weren’t other legitimate candidates, but it is telling that Casey’s work is held in much higher regard by black voters and those that know him personally.

Donald Sterling’s vile comments shined a spotlight on racism within the NBA, but much more damaging than his words are the entrenched structures that curtail opportunities for black aspiring coaches. Shaming Donald Sterling and forcing him to sell won’t change this systemic racism. It is intertwined with a league where the laborers are mostly black and the owners almost exclusively white, where the Commissioner thinks his top priority is increasing the age limit to ensure players enter the league more “mature”, further subjecting them to the NCAA’s modern day version of slave labor.

The top line numbers seem to point to a progressive and rapidly diversifying league, but they obscure a still-rotting system beneath. As former Golden State Warriors head coach Al Attles, the third black coach in NBA history, was quoted in a study that showed black coaches are fired 33% faster than white coaches: “If it walks like a duck and quacks like a duck, eventually you have to say it’s a duck.” 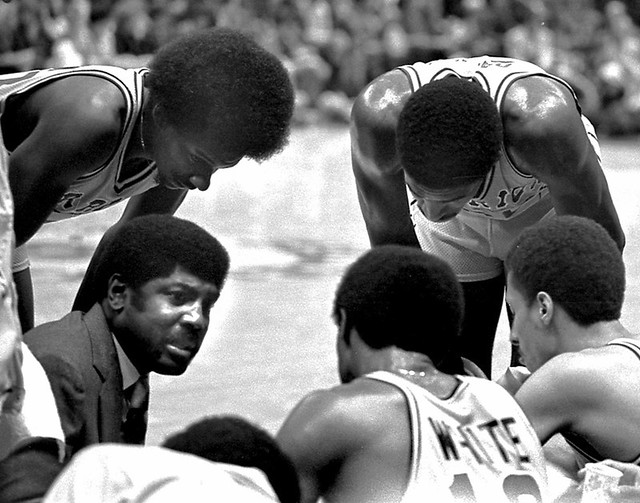