Who Killed the Hook Shot? A Roundball Murder Mystery

Posted on November 3, 2015 by Peter Sennhauser 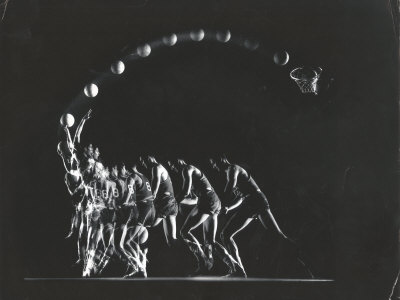 This whole thing began as an investigation into why, and how, the venerable hook shot had disappeared, seemingly forever, from the collegiate and professional basketball landscape. Because I had done a lot of work on my hook shot against seven- and eight-year-olds at my daughter’s school (and had been borderline unstoppable), I knew I was ready to believe that the hook shot’s revival was inevitable. I also knew that this post-mortem dissection was going to begin with a 1965 New Yorker article by John McPhee about Bill Bradley called A Sense of Where You Are. In McPhee’s article it’s easy to get a sense of where the hook shot was within the world of competitive basketball. It’s also easy to get a little misty about the hook shot because it was clearly revered, effective and commonplace:

“Bradley’s graceful hook shot is a masterpiece of eclecticism. It consists of the high-lifted knee of the Los Angeles Lakers’ Darrall Imhoff, the arms of Bill Russell, of the Boston Celtics, who extends his idle hand far under his shooting arm and thus magically stabilizes the shot, and the general corporeal form of Kentucky’s Cotton Nash, a rookie this year with the Lakers. Bradley carries his analyses of shots further than merely identifying them with pieces of other people. ‘There are five parts to the hook shot,’ he explains to anyone who asks. As he continues, he picks up a ball and stands about eighteen feet  from a basket. ‘Crouch,’ he says, crouching, and goes on to demonstrate the other moves. ‘Turn your head to look for the basket, step, kick, and follow through with your arms.’” Look for the basket.

There. That’s it. Five simple steps to basketball immortality, available to absolutely anyone who ever has, or ever will, lace ’em up. It worked for Bill Bradley, Collegiate All-American, Olympic gold medalist, and two-time NBA champion with the New York Knicks. It worked for many others who taught themselves how to use it with both the left and the right hands “back in the day.” And of course it worked for Kareem Abdul-Jabbar, owner of one of the most hallowed record in all of professional sports: the most points in the history of the National Basketball Association. 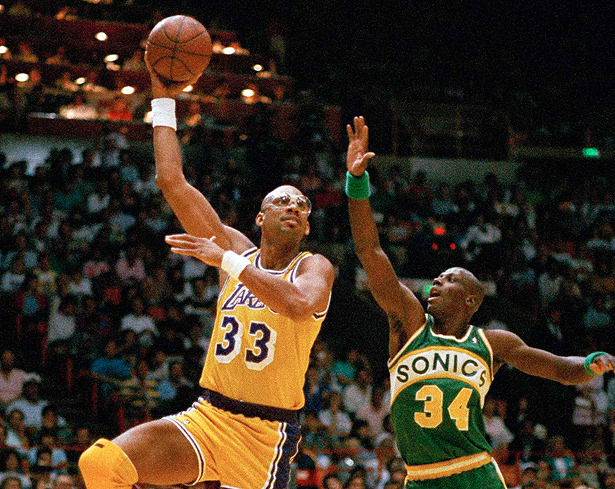 And yet, in 1988, before Kareem had even retired, the Los Angeles Times published a wistful farewell (an obituary really) to the hook shot, the time-tested teardrop they called “the prettiest two points you’d ever see.” Abdul-Jabbar retired in 1989. By then the hook shot wasn’t just a rapidly aging dinosaur, it was the last of the entire species. More recently there have been a number of articles on the hook shot’s glory days and/or demise. In a 2009 piece for ESPN, “Secrets of the Skyhook,” J.A. Adande goes more or less straight nostalgia, but not without wondering why the hell Kareem’s hook has never been replicated. A 2013 Bleacher Report article gets straight to the point and asks, hopefully it seems, whether or not more current NBA players shouldn’t bring the hook shot back. Another, a 2014 post on TrueHoop’s Bucksketball blog, is incredulous that no one has mastered the most unstoppable shot in the game, comparing the situation to that of a pitcher with an unhittable pitch that nobody else bothers to learn.

In each of these articles there’s an obvious yearning for someone, anyone, to resurrect the hook. The hope is that eventually someone will take the task seriously, seize the mantle as the next great (or maybe just decent) keeper of the flame, but no current player is highlighted as a possible candidate, and best of luck trying to identify which current baller that might be. Ultimately, the conclusion seems to be that the hook shot is indeed dead and has been for some time—the flame has been extinguished.

So who dunnit? Who murdered the hook shot?

Well, that’s kind of complicated. The fact of the matter is that the hook shot is actually still around—sort of. It just doesn’t look anything like the hook shot prevalent back in Bill Bradley’s day (remember, McPhee described Bradley as practicing his hooks from approximately eighteen feet away). It also has almost nothing in common with Abdul-Jabbar’s “skyhook” (a weapon that Kareem liked to use anywhere from eight to fifteen feet from the basket). These days it’s really all about the “baby hook” that’s probably always existed in one form or another, but is generally attributed to Magic Johnson and what he called his “junior, junior sky hook”—the one that famously beat the Celtics in game four of the 1987 NBA Finals. Although lots of guys use baby hooks these days, there’s precious little grace involved and they’re rarely attempted more than six feet from the hoop. And while a few current NBA big men have honed a fairly fluid jump hook (Tim Duncan, the Gasols), other hook shot perpetrators throw up a finesse-free, glorified shot put. OK, so the hook shot’s not really dead, but it was definitely murdered. Got that?

On the one hand, Kareem Abdul-Jabbar could be considered the guilty party. In a sense, he murdered the hook shot by taking it to a place that appears to be, and probably is, unapproachable by any other basketball player currently alive. He set the bar so incredibly high (the sky!) that no future players have even attempted to recreate the type of shot that he’d turned into his own piece of parabolic performance art. He scored so many points (38,387!) that the only hook available to those who followed was a junior jump hook, a baby hook, or no hook at all.

On the other hand, when the casual NBA observer sees a hook these days, he or she is forced to conclude that all the players on the preceding list (and many others whose percentages were too low to get them into the top fifteen) have collectively committed murder. The elegant hook shot of the past was an unwitting victim, dead from blunt force trauma, and every player who has ever hoisted up a hook shot (be it competitively, or in attempt to impress a few seven-year-olds) must be considered an accomplice that helped bury the body.

So it’s weird, then, to realize that 1965 is a full fifty years ago, and that what was once Bill Bradley’s simple, innocent step-by-step guide to the hook shot now reads more like a murder manual:

Look for the basket.

You can almost hear the Orlando Magic’s radio announcer, circa 2011:

Entry pass from Jameer to Howard. Dwight with the ball on the low block. He crouches, looks for the basket, takes a step, kicks, pushes up a shot, follows through… aaaaand it’s off the mark…

And with that kick, and that follow-through, another meaty, ham-handed big man deals another deadly blow to the hook shot. It’s a seemingly victimless crime, but shot by shot, brick by brick, the evidence adds up, and it’s compelling.

Oh sure, there will be more wringing of hands over who might be the next great practitioner of the hook shot. Basketball fans will still wonder when some young prodigy will look into the past and apply its lessons to the present, when some mystical talent will conjure the patience and determination to master a shot that, when done correctly, is the picture of elegance and simplicity, can prolong careers, and might just get you into the Hall of Fame. Also, isn’t it seductive to think that maybe there’s a young gun already in our midst that can raise the hook shot from the dead?! 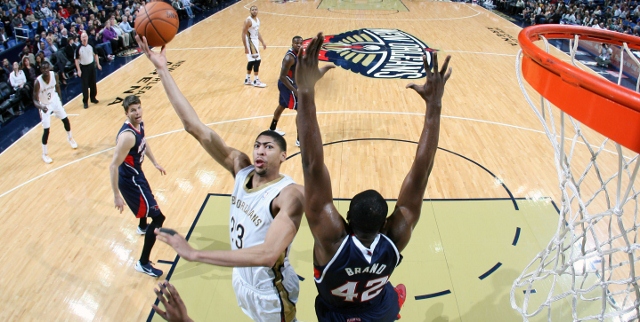 Someone must be willing to… 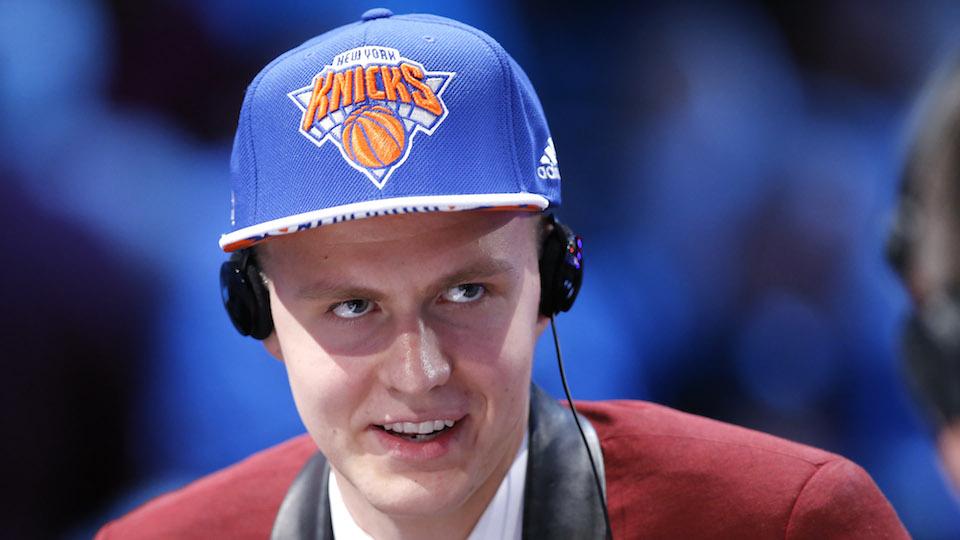 No, that dream is just too distant, too far off, an impossible fantasy. The real mystery is why it had to come to this, why it had to end in… murder.

Wait! What’s that? There’s still four-tenths of a second remaining? Time for a final, desperate shot at reclaiming a relic of the past:

Editor’s Note: Peter Sennhauser lives and works in Seattle. This is his first contribution to The Diss.

2 Responses to Who Killed the Hook Shot? A Roundball Murder Mystery