The NBA season is too long. The last two months of the regular season are an uninteresting wait for the playoffs, and the schedule is so compact that “schedule losses” are a very real phenomenon. There are too many injuries and too many games when the stars are sat to keep them fresh for the playoffs.

Any sensible plan for a shortened schedule, and there are many out there, necessitates addressing the elephant in the room: revenue. Cutting the schedule means cutting revenue—which nobody will agree to—or so the logic goes. But I’m here to say that conventional wisdom is wrong.

Until somewhat recently, the NBA made more money from ticket sales and associated revenue than it did from TV rights fees. It is the biggest reason teams like the Hornets, Grizzlies and Sonics have relocated in recent years: depressed attendance ate away at their biggest source of revenue.

That paradigm is changing. Last season the NBA earned about $1.2 billion from ticket sales and related in-arena revenue.1 The NBA’s national TV contract was worth $930 million—a similar amount—and the total value of all 30 local TV contracts (numbers here are extremely sketchy, but they range from the $8 million for the Bobcats to $200 million for the Lakers, with most teams in the $15–$30 million range) was somewhere around $1 billion.2 Thus, last season the NBA earned around two TV dollars for every in-arena dollar. The NBA’s current national TV deal expires after the 2015–16 season, and negotiations are about to begin. With sports rights fees skyrocketing and most others sports locked into deals that take them through 2020, the conservative guess is that the value of the new national TV contract will double. A doubling of the deal would mean the NBA would earn three TV dollars for every in-arena dollar, and of course if the deal is even bigger than $2 billion a year it further increases the gap between broadcast and in-arena revenue.

The rapidly increasing importance of broadcast mitigates many of the revenue concerns of a shorter season. Eliminating 25% of the season—from 82 to 62 games—would in theory eliminate about $300 million in in-arena revenue. In actuality, that number would be much lower. With fewer games but presumably the same demand, attendance for the remaining 31 home games would go up, and teams could charge higher ticket prices. They would also likely increase season ticket sales, a key to establishing cash flow. Teams would save millions in operating costs with fewer plane flights and hotels for dropped away games, and not needing to turn the lights on and hire staff for dropped home games.

With concerns about a reduction of in-arena revenues ameliorated (though not eliminated), broadcast revenue concerns become paramount. A 25% reduction in broadcast revenue—somewhere around $750 million after the new TV deal is signed—is a non-starter. But if all TV deal were renegotiated for a 62 game season, I’m not sure their value would diminish much, if at all.

The $7 billion the NFL receives annually from rights fees—they get 7.5 times the money as the NBA even though they have 80% fewer games—attests to the fact that the total number of games is just one factor in these contracts. Much more important is how many people watch these games. If 500,000 people watched each Bobcats home game last year, they only need to draw 640,000 viewers per game under a shortened schedule to reach the same total viewers. The salient question is: Would an increase in viewership with a shortened schedule make up for the loss of games? I think the answer is yes.

Shortening the schedule leads to a variety of outcomes that make the on-court product much better, which will lead to more viewers. It increases the importance of each game and eliminates a lot of the late season “playing out the string” feel March games have. With more rest days and fewer back-to-backs, the flagrant star sitting that Gregg Popovich and others practice will be eliminated, and perhaps more importantly, stars will average more minutes. Any random fan tuning in will be more likely to see Tony Parker—and less likely to see Cory Joseph—and will be more likely to stay and watch. 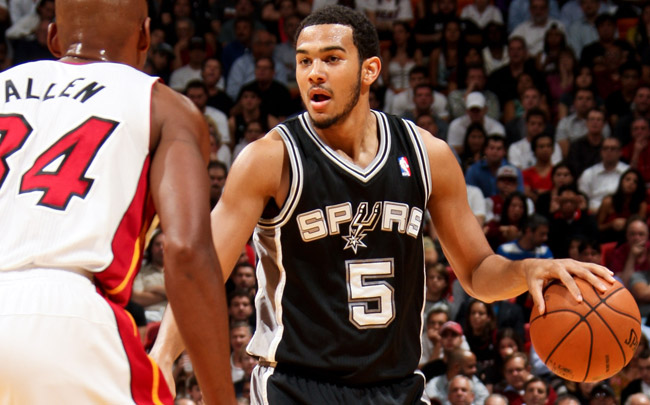 Reducing the schedule also doesn’t mean an equal reduction of the good, the average and the bad games. It can be done in away to eliminate more of the bad and keep more of the good. Perhaps the season would start in December, eliminating the less profitable November games that occur when sports fans care more about the NFL and college football. Perhaps the season would still start in November, but games would be moved off of whichever nights (Friday? Wednesday?) draw the lowest viewership. Perhaps games would be clustered on certain days, allowing the NBA to brand certain days like the NFL does with Monday Night Football and the MLB does with Sunday Night Baseball.

A shortened schedule obviously results in a logistical nightmare. The owners have to approve it, the NBA Players Association has to approve it, thousands of contracts would have to be re-negotiated and fans would have to adapt to change. But if a shortened schedule would result in a dramatically improved product without a huge impact on revenue, why aren’t we talking about it seriously?

1 The NBA doesn’t publicly release these figures. I arrived at $1.2 billion by considering average tickets prices, attendance, concessions revenue and a leaked financial report from the New Orleans Hornets.

2 Teams don’t publicly reveals these figures, and media reports on the value of local TV contracts are not available for each team. My best guess is that the total value of all local TV broadcast deals is somewhere between $800 million and $1.1 billion.