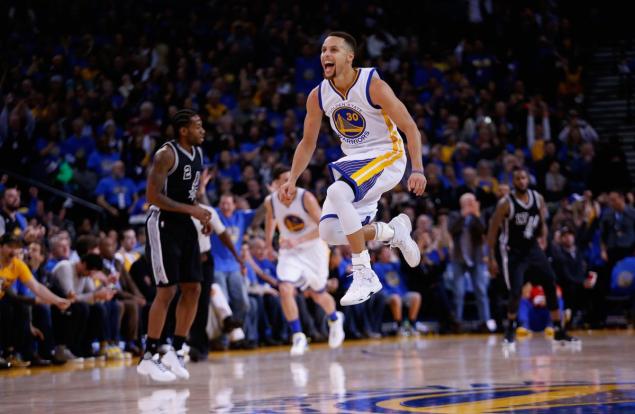 Let’s get this out of the way right now, so that there’s no confusion: even if the Golden State Warriors lose to the Grizzlies tonight, and are denied their 73rd win, this season has been, and will always be, an unimaginable success. Any individual who turns their nose up at 72-10 should not be accessed regularly for opinions on professional basketball; they should take their talents of prognostication elsewhere. Even in the event of an unlikely loss — the Grizzlies are down by 23 to the Clippers as I write this — the Warriors will be tied with the ’95-’96 Chicago Bulls as the most accomplished regular season team of all time. I will let you search elsewhere for all of the records the Warriors have notched in a season that likely will never be replicated, by this team or any other one.  After all, we are talking about a team that started 24-0; a team that was 48-4 at the All-Star break; a team that owns the longest home winning streak in NBA history; a team that had to win 70 games just to secure home court for the rest of the playoffs. No, I will not suffer any opinion otherwise. I will not hear out your points to the contrary. In the not too distant past, I used to speak hesitatingly about the Warriors’ place among the elite teams in NBA history; brushing off questions about how comfortably they would sit alongside those units. I do not harbor any of that self-consciousness any longer. The Warriors are truly magnificent.

At the same time, let me share this with you: I do not recognize the Warriors at all. They are everywhere, on everyone’s commercials and at the tip of everyone’s tongues. They are the subject of discussion topics once confined to internet message boards and video games; potential seven-game series against the Chicago Bulls, angry discussions about how Steph would get his shot off against an impossibly lankly double-team from Scottie Pippen and Dennis Rodman. They are a collection of commercials, hawkers of water filters and slippery Chinese basketball shoes. They are $335 tickets for the worst seats in the house (and that’s not even a playoff ticket, yet). They are the most palatable product of unbridled capitalism; the actualized vision of venture capitalists. Their owner boasts about losing millions of dollars in card games, and can barely contain his excitement about moving the team out of Oakland, to an arena with fewer seats for the have-nots but many more luxury boxes for the have-it-alls. They invite the ire of others; critiques which center on colonial themes of surveillance and hegemonic destruction, to sighing lamentations from fans whose teams haven’t fared well against Golden State. There is certainly a feeling of saturation that comes with this team now; all the games are filled to the brim with, well, stuff. I haven’t felt much of a need to add to all this Warriors stuff over the last few months. This is a crowded space now, a cacophony of clattering noise and jostling bodies. The games have all bled together at this point; hundreds of hazy basketball miracles that just seem to come as a part of the entire experience. The hallmark half-court heaves and game-winners, which come with uncanny frequency for this team, have all become blurry; commonplace events which make a mostly surreal experience feel both solid and valid. The Warriors are big; they command your attention and demand to be noticed. And God, has it worked. The Warriors have blown up in every way; their value, their aura, and their entourage. And as countless of new participants in the Warriors experience stake their relative claims on this once pastoral land — the new lovers and new haters alike; both crammed shoulder-to-shoulder on their relative bandwagons- there is a hoarse feeling of congestion, and a deepening sense of claustrophobia. It feels like a wild ride every night; from trying to figure out how Steph Curry hits the shots that he takes, to how the average fan will ever find a reasonable seat on StubHub ever again. In nearly every way, it feels like we are being driven by forces mostly beyond our control.

There is a steady, dangerous arrogance that radiates from this team. It is symbolized in the rhythmic chew of a mouth-guard; of a raised finger in celebration before an airborne three even goes through the net. It is delicious and intoxicating, a strong cocktail that you can taste through the television screen and whose sinister warmth you feel deep in your belly. Any lead seem erasable, any opponent seems conquerable. It is a notion that seemingly is reinforced multiple times a week, as wins of all different shapes and sizes — absurd blowouts, teeth-gnashing comebacks, pitched shootouts and slogging grinds — come somewhat easily for the Warriors. The script always seems to be written in the team’s favor: the comeback completes itself automatically, the other team’s timely collapse aids in the cause. If Warriors fans seem arrogant as they enter a second round, it’s because they are following the lead of the team; bearing witness to the same absurdities the general populace is beholding. Because none of this makes sense, even now, on the precipice of the 73rd win of the season. There are no experimental designs that would replicate the results of this year’s team; no method to recreate the mastery. And while it is hardly beyond understanding, it is certainly above common forms of explanation. It is an object that simply produces slack jaws and dumbfounded grunts, a common refrain among both old and new fans alike: “the fucking Warriors.” 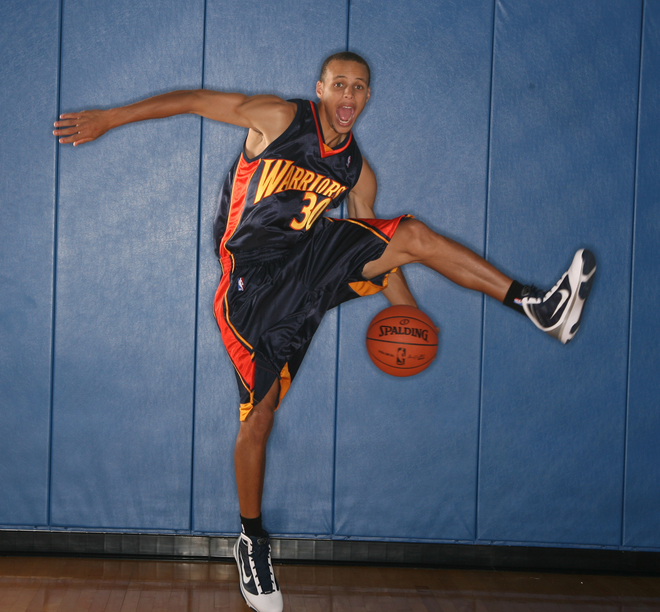 Certainly I do not dwell on “the bad days,” nor do I talk about them much anymore. Any chuckling remark about Chris Cohan or Robert Rowell is used mostly as an informal test to see when the person I’m making small-talk with started following the team. It has been four seasons since the Warriors were non-competitive, and I have happily put those days behind me. Similarly, while I occasionally consider the ways the Warriors could falter, those brooding thoughts don’t clutter my mind. I could be convinced that the Warriors remain a vulnerable outfit, despite the very favorable trends established in the regular season. The 4-0 mark against the Clippers, Rockets, Jazz, and the 3-1 mark against the Blazers, Mavericks, and, yes, the Spurs, enables Warriors denizens to rest relatively easy, at least at this point. I could panic, for sure. And I might just yet; the playoffs are long, and it’s a precipitous plunge to the bottom. But on the eve of what could be our 73rd win — and, without a doubt, the conclusion of a season that will end no worse than 72-10 - I find myself resting with relative ease. I assume the newest denizens of the Warriors experience are sleeping rather soundly, as well.

Yes, that discussion about the playoffs can wait. We don’t have to have it now, and frankly, I don’t intend to. The Warriors opponent is not even known; it could be either the stout but untested Utah Jazz, or the talented yet perpetually troubled Houston Rockets. At this point in the proceedings — on the doorstep of history, but facing a game of even more importance this coming weekend — the emotions are merging onto a fucked up Bay Area freeway at the heart of rush hour; mashing their fat little fingers on bleating horns. At this moment in time, it is best to just consider the reality of what has occurred, rather than the things that can’t be known until they actually occur, or the things that will continue to exist unanswered; forever obscured by the gnarled fabric of space, time and circumstance.