As a young NBA fan, the offseason really was the time to do basketball pushups in the hope of getting swoll for the upcoming season.  What else was there to do?  There would be nothing going on at all  - once the Summer Leagues were over, and unless it was an Olympic year, all we had was the And 1 Mix Tape tour — except long, hot days where young fans of the game like myself could do nothing but immerse themselves in the wonderful game of basketball.  That immersion could obviously could take many forms, but seeing as how I was a 5-foot-something fatty with a pigeon-toed gait and wire-rimmed glasses, and I wasn’t exactly dominating at the late afternoon run at the neighborhood elementary school, I definitely wasn’t a making a name for myself on the blacktop. Instead, I became more of a “Sit In the Dark With the Door Closed and Play Single-Player NBA Live On the PC I Got for My Bar Mitzvah While Obsessing Over my Body Image” type of kid, so summers really were my time to shine in that computer-rendered arena.  I lived the solo gamer life, and man, did I live hard.

NBA Live — my game of choice from 1998 to 2003 — was great for us nerds who locked ourselves up in our rooms and attempted to wait out the summer. What distinguished it from other bedroom-based summer activities (I was thwarted by the AOL parental restrictions until I was 15, but it wasn’t long before I defeated that as well) was that playing Live — or really, any sports video game — offered a method of escape that could simultaneously educate (and prepare you) to be able to talk about “cool” stuff with much more favorably positioned peers in the teenage social scene. For guys more inclined towards mathletics than athletics (though I sucked at math too), this was our way to be jocks.  I could never ever dunk, but I sure could make pixelated Vince Carter dunk.  I could never back my man down in the post and just stuff it, but I could make computer-rendered Shaquille O’Neal do that, time and time again (he was damn near unstoppable in Live). For nerds who could never truly become the star-studded athletes that other bigger, stronger kids could faintly replicate, they could assume their identities in this virtual reality, and control a new destiny. Moreover, it unintentionally served as a 3-D almanac for the league; a primer in everything NBA.  Contained on the game not only was every team in the NBA, but every player as well, heavily pixelated and with approximate ratings for their overall skill, as well as their individual skills.  And the best part?  It was largely correct.  Yes, Jason Kidd was a 94, whatever that high number meant. Was a 94 an “A”?  Sounds good to me.  Along those lines, Elden Campbell was probably a 74; I could agree with that.  And DeSagana Diop?  Well, that 57 was probably a bit too forgiving. But now I knew all of these things; these general attributes.  Verily, and much to the dismay of teachers, librarians and Puritans everywhere, the video game had taught me well. 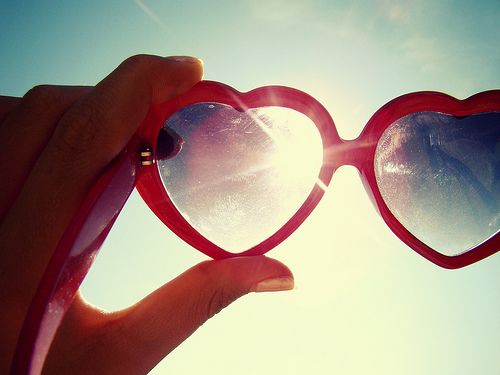 By the end of the offseason, the knowledge would be bursting out of me; pulsating and quivering, ready to explode.  Three straight months of assuming the pixelated identities of my favorite professional sports league had turned me into a super hero. You bet I could name every single person on every team’s roster, from the Warriors out west to the Wizards out East.  You know that I could rail off starting lineups, their backups, and even their backup’s backup (if the roster allowed for it).  I could offer approximate 12-man rotations, and what each player in the rotation would bring to the table.  I could issue end-of-season predictions that would seem relatively believable (and often times would end up being mostly correct, though I was definitely wrong about the 2001 Hawks with pre-injury Reef and young point guard Jason Terry; their video game version was unbelievably awesome). This was useful currency; like cigarettes in a prison in the right circumstance.  Thick-skulled jocks wanted to know about the Lakers.  I could help.  Stunning suburban beauties with drawn-own eyebrows and glossy lips wanted to know about…well, the Lakers.  Specifically Kobe.  I could help out on that front, as well.  After years of being the guy people copied their homework from, I had something “cool” to talk about.  And it all came from a summer of locked bedroom doors, dimmed lights to keep the room cool, mashed fingers against a Logitech controller, endless glasses of ice water, and the ubiquitous voice of Don Poier (RIP) bore permanently into my brain.

But I guess I’m older now.  I think I am, at least.  I don’t play games anymore. I never got around to buying a console, so I largely missed out on the 2K era (though I’ll still probably beat you; the controls to all the basketball games are exactly the same).  I’ve heard they’re releasing a new NBA Live (the last one came out in 2010, I think) but I’m not clamoring to get back on the gaming bandwagon at any point soon.  I’m not sure I could even really get back into it.  The main lens I use to view the NBA have changed considerably — it’s blogs, social media, and, of course, the games themselves.  And while I still get that urge from my childhood — no, not that urge — I can pretty easily suppress the desire to find a pixelated version of the NBA that I can control; a strange mixture of David Stern and God almighty.  I don’t really feel the need to control the players themselves anymore.  I get my NBA kicks in much different, passive ways at this point.  The video games don’t seem like a way to get the right kind of knowledge I’m looking for as a fan and blogger.  It doesn’t seem to be real.  It doesn’t seem to reflect what’s actually happening on the screen.

Which is sort of a shame, if I’m being honest about myself.  NBA Live presented a league that operated with a startlingly soothing simplicity.  In Live, players were reduced simply to a value, and all of the economics and politics of the virtual NBA were governed by these numbers.  You could only trade 90s for other 90s.  You could maybe grab a low 80s guy, but you’d probably have to give up a high 70s guy you really enjoy.  If you needed shooting, you’d grab a guy whose value for that skill was high.  Same for rebounding.  Same for passing.  It was one number.  One.  It allowed for easy access to the NBA, and a basic understanding of the players that made the league what it was.  And if you could afford it, or at the very least had access to it, you could participate.  You could understand, whether you were an athlete or not; whether you came from a sports family or not.  And the best part?  There was never an offseason.  The games were always playing. There are times that my new NBA glasses don’t seem to fit; don’t seem to be in focus.  There are times where the numbers make little sense, and I have little interest in learning more about them.  There are times where it is evident that neither I nor you have no control of the players, and I’m struck by the ambivalence I feel about this lack of agency.  The sheer breadth of sources and resources that explicate the game slice the National Basketball Association into razor thin slices, while at the same time, leave cuts so thick and broad they are difficult to consume and understand, even in several sittings.  And, if I’m being honest, there are times I just want to put these silly frames away; leave them for the hipsters and pre-teens that are just getting around to correcting their vision after years of sitting too close to the television.

The problem, of course, is that I have no idea where I left my old glasses. I’m sure the prescription has expired; the frames bent, their lenses horribly scratched.  And as time goes on, I begin to wonder if I’ll ever find them.