In anticipation of March Madness, this fiercely anti-college basketball blog decided to ask its contributors what they thought. Disappointingly, nobody took a shot at Christian Laettner. 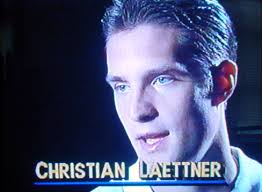 How many college basketball games have you watched this year?

John Reyes Nguyen: I’ve watch zero college basketball this year. With a 60 hour/wk job and a toddler, that only leaves time for the NBA, barely. Plus there’s too much passing in college. Not enough one on one and ball watching. Why does everyone need to touch the ball on offense?

Jacob Greenberg: Zero. Because any sport that’s exciting because the players can’t make free throws is not worth my time.

Jordan Durlester: Per usual, I watched as much college hoops as I possibly could. Arizona basketball comes in around 4th on the ‘most important things in my life’ list, and thus missing any game is sacrilegious. I know some of you NBA elitists turn up your noses at the college game, but to me both the game itself and the culture that surrounds it are almost flawless.

Andrew Snyder: I’ve seen quite a few - I’m always game to tune in to a Saturday afternoon marquee matchup, and ACC, Big East, and Big 10 games are usually high quality enough to do the job. While hailing from the Boston area doesn’t exactly give you a de-facto program to follow (although the Al Skinner years at BC were pretty awesome, what’s up Jared Dudley and Craig “Rhino” Smith!?), so now I’m nominally a Minnesota hoops fan as a MPLS resident. The Gophs have roughly followed the arc of the 2011 Red Sox (i.e. epic collapse), but since there’s a 68 team postseason, they’re IN!

Alex Maki: I have watched about three. I think all of them were disappointing Minnesota Gopher losses. The only time I tune into college basketball is when the Gophers actually appear to be playing up to their talent level. It never lasts more than a game or two.

Will you participate in a March Madness pool?

John Reyes Nguyen: The March Madness bracket is the best part about college basketball. As it always is, the person with the least amount of sports knowledge always wins.

Jacob Greenberg: I will because it has been well-established that you don’t have to watch college ball to participate in racketology. Oops, forgot the “b”.

Jordan Durlester: I was planning on passing this year because the field is so insanely evenly matched (read: everyone sucks), but when push came to shove I gave in.

Kenji Spielman: If one falls in my lap. I will not seek it out. If I do I will likely make my decisions based on strange things like blueness of the state of origin, whether good bands come from there, how racist their mascot is, stuff like that.

Andrew Snyder: Of course I’ll participate in bracketology. How can anyone who “claims” to be a hoops fan not jump at the chance to blindly pick at least two 12 over 5 seed upsets every year. IT ALWAYS HAPPENS! Ever since I called Carmelo’s Cuse team over the Collison-Hinrich Jayhawks squad in 2003 and won my bracket, I’ve been hooked. Toot toot! (That was my 15 year old horn, being tooted) Since then, however, I’ve sucked. I’m hoping for some 10 year anniversary bracket karma. Please oh please Mr. Lunardi, show me a sign!

Alex Maki: Maybe. I will have to be dragged kicking and screaming into a pool, but it will probably happen. I don’t tend to participate in them because I don’t follow the scene close enough, and I tend to pick way too many underdog teams.

Will you watch March Madness?

John Reyes Nguyen: Oh yeah, March Madness is one of the best thing in all of sports. It’s full of upsets, huge shots and it’s one and done.

Jacob Greenberg: I will watch the first day for about 30 minutes, and it may become background noise at times during the next week or so. But I won’t plan my schedule around it.

Jordan Durlester: Does the new Pope look like Woody Allen? Even if you’re not a fan - this is the year to tune in. Nobody is safe. Things are going to get weird quickly.

Kenji Spielman: I will make zero effort of seek out march madness. Should I happen across it or be invited to a pleasant social situation where it occurs, fine. Generally the main draw of march madness is that the players care SO MUCH, that you have to go really hard the whole time. That is very refreshing and the NBA certainly could learn a lot from the format of the tourney.

Andrew Snyder: In the interest of keeping my day job, I will only be consuming March Madness outside of office hours. Mostly.

Alex Maki: I will watch the Gophers, but that will probably be it. So one game. I used to love the first few days of the tournament, but these days I can’t be bothered. Even though I am currently on Spring Break. I don’t know why exactly, but I just don’t get into it anymore.

Do you prefer watching the NBA or college ball?

Jacob Greenberg: NBA. The players are paid for their labor. The skill level is higher. Dickie V. isn’t there.

Jordan Durlester: To me, college basketball is preferable, but it’s due to factors beyond the physical game. In terms of watching BASKETBALL, basketball - the NBA is clearly a more refined and beautiful product. Having said that, the player recruitment and development process, the pageantry, and the tradition of NCAA hoops is simply unmatched.

Kenji Spielman: I am aghast at what a racket the NCAA is. It blows my mind they can get away with it. The exploitation and legal smoke screens of “student athletes” cause an level of anger that I am better off avoiding.

Andrew Snyder: I prefer the NBA, but March Madness does give a basketball fan the chance to watch games where the players actually give two shits for all 40 minutes — a quality that’s rare in the NBA “dog days” of March, at least on the 29 teams without historic winning streaks to chase… Plainly put, nobody “tanks” March Madness, well, except for DUKE LAST YEAR.