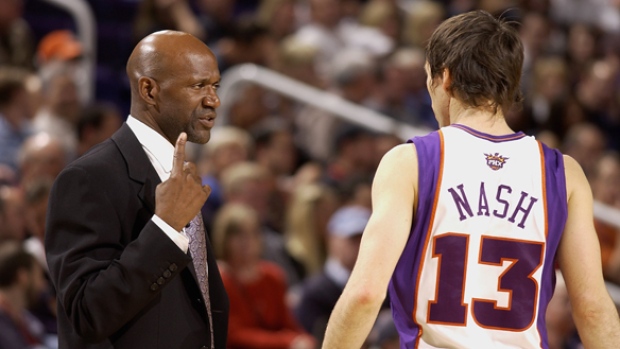 In 2009, during All-Star weekend, the Phoenix Suns fired their head coach Terry Porter, who at that point had been commanding the helm of a ship that had been sinking for 51 games. Though the termination was handed down — personally, at Porter’s home — by Steve Kerr, the general manager of the team, the mandate had been set by all of the important figures in the organization, from Robert Sarver, the owner, to Steve Nash and Amar’e Stoudemire, the franchise players. The team had been predicted to finish second in the Pacific, and at the very least, as a low playoff seed in the West. But as the weekend’s festivities raged in Phoenix, the hosts stood at 28-23; a far-cry from the consistently successful D’Antoni years. Chemistry had been a issue; the team was slow to adopt to Porter’s defensive emphases and offense focused around Shaquille O’Neal. Nash had been openly devastated by a trade which sent Raja Bell and Boris Diaw to Charlotte for Jason Richardson and Jared Dudley, viewed widely as a cost-cutting move, and perhaps a precursor for a blockbuster centered around Amar’e Stoudemire. With the season imploding, Porter was let go, replaced by assistant coach Alvin Gentry. Following Porter’s departure, Kerr expressed dual lamentations: that it hadn’t worked out with a quality professional and personal friend, and that to “save the season” — as they say — he had to try and correct an unforeseen mistake:

I hired Terry because I believed in him. He’s got a ton of integrity and dignity and class, and he’s got a great work ethic. I hired him because I believed he was the best man for the job.In the last month, it became apparent to me that, look, this is not working, what we’re trying is not working. I think we still can make this a very successful season. This was a move I think we had to make in order to give our team the best chance for success.

While it is analytically lazy to trot out a case study in an attempt to understand what is going on with the underachieving (at best) and imploding (at worst) Cleveland Cavaliers of 2015, there are a serious dearth of tools to explain the inexplicable: that such a good team, at least in the minds of those who think a lot about the NBA, would fall so flat, despite an obvious abundance of incredible individual talent and success. In this case, the aforementioned Phoenix Suns are a useful comparison. Despite obvious differences in both time period and personnel, there are enough broad comparisons to find some important similarities: two small market franchises, saddled with veterans, catering to free-agents-to-be, pushing the limits of the salary cap, self-consciously licking self-inflicted wounds from bad drafts and having liquidated future draft picks in order to assemble the current roster. In both cases, player dissent against the coach has taken public forms, from tangible expressions of concern, to open displays of deviance and doubt. For both the Cavs of today, and the Suns of yesteryear, the midpoint of the season has presented something of a breaking point: a lackluster start, a flurry of seemingly panicked trades, and an uncontrollable stream of negative reportage from credible sources that cannot be tempered by wins, simply because the wins, themselves, do not exist. In situations where expedient success is placed at a premium, it makes sense that the prevailing question on most interested observers’ minds is: are the Cavaliers doomed? For that to be answered, one must interrogate their own standards, since there is no official benchmark stating what is considered to be success, and what is considered to be failure. By the strictest definition, the Suns, that season, were doomed, and the season was deemed by most to be a failure. Despite going 18-13 in the remaining 31 games, and losing Amar’e Stoudemire for the season shortly after the All-Star break, 46 wins were not enough to crack the top eight. But the next season brought further changes; with Terry Porter off the job, and firing-rod center Shaquille O’Neal shipped off to Cleveland, the Suns evolved under Alvin Gentry. Both Jason Richardson and Jared Dudley, the players received for former franchise stalwarts Diaw and Bell — became key contributors to a Suns team that regained their crowns as offensive champions, played just enough defense to win games, and made an improbable run to the Western Conference championship. An argument can be made that the Suns’ success of 2010 was directly correlated to the “failure” of 2009. With an understanding of the shortcomings of the Suns under Porter, a better product could be created under Gentry; the vaunted “retool, not rebuild” line which success-conscious general managers — pressured by profit-conscious owners — trot out with unsurprising regularity.

However, it must be acknowledged that the perception of what is happening in Cleveland is informed by our own insecurities, our own discomfort around not being able to fully understand or explain what is occurring with the Cavaliers this season. When a team underachieves, it is doing so based largely upon expectations placed by others, and in many cases, those expectations are filtered through our own privately held beliefs. It is not unreasonable to think that a team led by three all-stars, as well as the player many consider to be the greatest to ever play, should at the very least be above .500. Additionally, it is not unreasonable to believe that a group of handsomely-paid adults should be able to “figure it out,” and come to a series of compromises on-and-off the court as a way to make grounds in an Eastern conference that is honestly more top-heavy than its reputation implies. That compromise could easily include firing Blatt and promoting Tyronne Lue, who certainly seems to be the coach the players prefer interacting with; something evident from my couch a thousand miles away. But even then, a pressing fact seems to remain: a general insistence that something is wrong, and that something needs to change remains murky, simply because this was not expected to occur in any shape or form. No one in the NBA, from the teams, to the fans, to the media, expected such a layered-struggle in Cleveland; such a struggle to find an identity, and a search for success that seems to be marred by fractious infighting and high-risk general managing. The removal of the coach would be the quickest way for everyone to get clarity; to understand that there are mistakes that need to be corrected, and not simply ignored. And the Suns of 2009 show that, despite our own definitions of “hastiness”, “fairness” or “competence”, admitting a mistake sooner rather than later can be beneficial.

To me, it isn’t important whether or not David Blatt is fired today, tomorrow, or a decade from now. Nor really is it important to know, at the moment, whether or not the Cavs’ season is over, as our friends over at I Go Hard Now have grimly stated. Instead, what seems important to observe is the manner that the decision-makers in the franchise go about correcting the errors that clearly have been made over the last several months, and the amount of contrition that goes into the way those errors are corrected in an attempt to get this bizarre season on track. No situation is completely beyond repair, but often times, the hardest thing to get over are the beliefs we staunchly hold on to, even to the greater detriment of the group, and without thought of what success could possibly lay ahead. 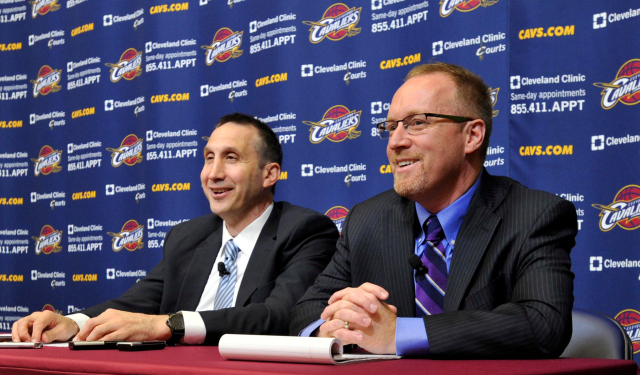