Worst to First: The Unlikely Transformation of Mark Jackson

A year and a half ago the Warriors hired Mark Jackson, he of no coaching experience whatsoever, to be their head coach. He was paired with assistant Mike Malone, a rising coaching star, to presumably provide the coaching team with more technical expertise. It was supremely difficult to judge Jackson’s development last year. Because of the lockout he had no training camp, Stephen Curry was in-and-out of the lineup with an ankle injury, and star player Monta Ellis was traded for an injured guy midway through the season. At that point the mantra became tank, tank, tank.

Understanding the challenges he faced, I was still disappointed with Jackson’s performance. He came into the season promising playoffs, and talked about instilling the Warriors with a defensive mindset. I gave him a pass on guaranteeing the playoffs as that’s just the dumb kind of thing the Warriors always do, but their defense last season was laughable. He only had so many plus defenders to work with so I wasn’t expecting the Warriors to morph into the Boston Celtics, but I was certainly expecting something better than the 27th best defense and 30th best rebounding team. Last season Mark Jackson was a disappointment.

During last offseason, with coaching vacancies in Orlando, Charlotte and Portland, I bemoaned the fact that one of those teams was going to snatch Mike Malone away from the Warriors. I had a GChat conversation with Jacob in which he suggested that the Warriors use Mark Jackson’s extortion fiasco as a pretense to fire him and promote Mike Malone. For some unfathomable reason, those three teams all decided to move in different directions, and Mike Malone is still a Warriors assistant coach.

I don’t know how much of the credit and blame lies with Jackson and how much with Mike Malone, but that two-headed coaching monster has evolved into one of the best in the game. I am inclined to give more credit to Jackson given that he is the head coach, but feel free to substitute “Malone” for “Jackson” throughout the rest of the post if you feel differently.

It is usually difficult to tell evaluate how well coaches execute the day-to-day, behind the scenes things: installing an offense and defense, running practices and managing the emotions of the team. We just aren’t there to evaluate. But for the Warriors, the changes in those areas have been evident on the court. The Warriors roster is made up mostly of individually poor defenders, yet the sum of these parts results in the tenth best defense in the league. Jackson has changed the way the Warriors handle pick-and-rolls, the most fundamental offense in basketball, to funnel the ball inside. This has the downside of giving opponents open shots outside, but it is a choice the Warriors can live with. It has the added benefit of putting more bodies around the basket, and it is no coincidence that the Warriors are the second best rebounding team in the league. 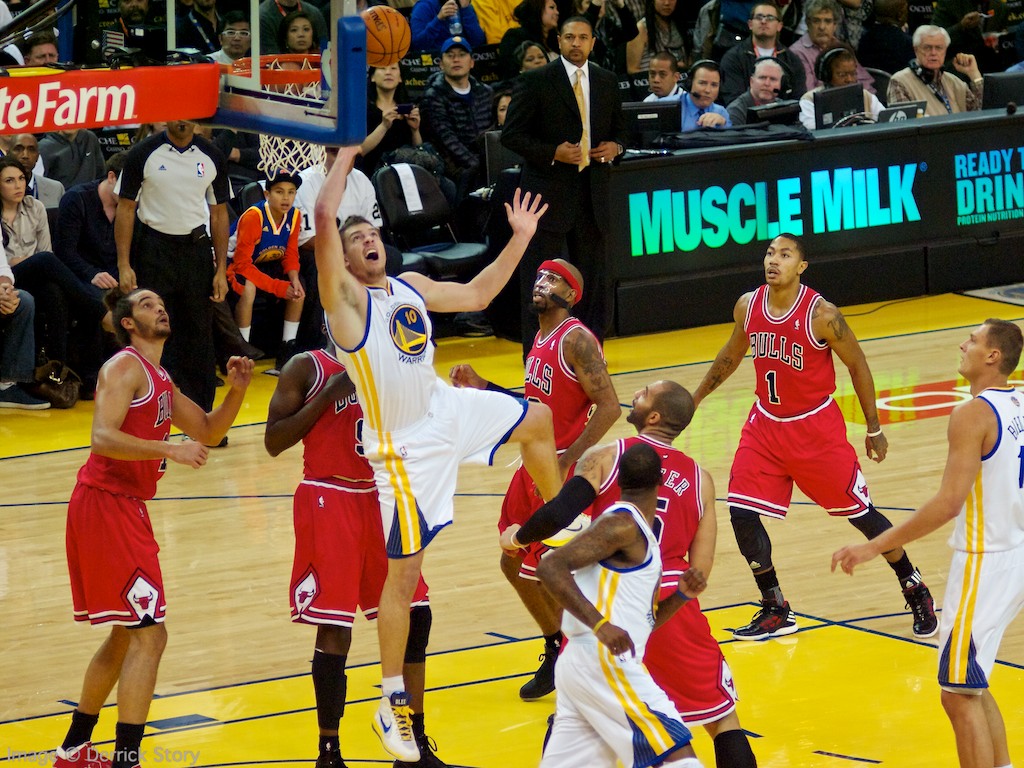 All of this is being done with the seventh youngest roster in the league. Five first or second year players, Klay Thompson, Charles Jenkins, Harrison Barnes, Festus Ezeli and Draymond Green, are big contributors, with three of those five starting. This is a testament to the strength of the Warriors front office (yes, it felt weird typing that sentence), but also to Jackson’s player development. Even when teams draft well, you just don’t see five of five players develop favorably.

Jackson has been even better during games, growing into one of the best in-game managers in the league. He manages his players minutes well, and as a consequence the winded, ineffectual David Lee of old rarely shows up in the fourth quarter. The Warriors rotation goes a full ten-deep, and Jackson has done a good job mixing and matching players to ensure a relative offense/defense balance. He has also been very creative with matchups, often cross-matching his big men to put David Lee on the worse offensive player, letting him expend more energy on the offensive end of the floor. But the most obvious sign of Jackson’s growth, and where he is the best in the business, is his end of quarter management.

Jackson micro-manages the end of quarters like no other coach. If the Warriors have the ball with 35–45 seconds left in the quarter, you can see him standing up on the sideline, exhorting his players to create a two-for-one situation. If the opposing team has the ball with fewer than 24 seconds left on a dead ball, Jackson will do hockey-style substitutions to both ensure that his stars don’t pick up a cheap foul, and to get better defenders into the game. If the opposing team is at the foul line with only a few seconds left, Jackson will insert Jarrett Jack to optimize the chance that the Warriors can get a good look at a half court heave. The management of these situations only marginally improves the Warriors chances of winning the game, but Jackson doesn’t want to leave it to chance.

Never has Jackson’s end of quarter management been more apparent than at the end of last night’s blowout win over the Clippers. With seven seconds left and a foul to give, Jackson had Stephen Curry foul Chris Paul. Vinny Del Negro took a 20-second time out to draft a play, oblivious to Jackson’s plan. Jackson inserted Draymond Green and little used rookie Kent Bazemore, who fouled DeAndre Jordan immediately upon entry of the ball. Normally the Clippers score about 1.1 points per possession (PPP), but Jordan only shoots 43% from the foul line, so you would expect the Clippers to generate .86 PPP from his foul shots. When you add in the chance that the Clippers get the offensive rebound off of a missed free throw (remembering that the Warriors are the third best defensive rebounding team in the league), the Clippers average about 1 PPP on DeAndre Jordan’s free throws. Jackson’s decision to foul decreased the Clippers expected PPP by .1. But it gets even better.

Jordan made his first free throw, and out of the game went Kent Bazemore and Draymond Green, to be replaced by better offensive players. Jordan missed the second free throw, and the Warriors screamed up the court with the ball in Jarrett Jack’s hands. Jack got into the lane and was fouled by Matt Barnes. An 87% free throw shooter, Jack made them both. Mark Jackson’s time management, substitutions and strategy turned a situation that was extremely favorable for the Clippers, possession of the ball with seven seconds left in the half, into two points for the Warriors and one for the Clippers.

But the ends don’t always justify the means. Something Bill Barnwell always harps on over at Grantland is that you can’t judge these situations by their outcomes, but by their expected values. Just because the Warriors got the better end of the bargain doesn’t mean it was the right play call. In this situation, however, it was. If Jackson played the last seven seconds straight, the Clippers average 1.1 PPP, and fouling DeAndre Jordan reduced that to 1 PPP. Assuming you aren’t worried about a player accumulating fouls (Bazemore only played one minute in the game), the Warriors decreased the expected value of the possession. But the other thing fouling DeAndre Jordan did was give the Warriors another chance to score. The Warriors average 1.07 PPP. I suspect that their actual average PPP in that situation is a bit lower, as they have to drive the length of the court in six seconds, perhaps .9 or 1.

I’ve seen the increased chatter on Twitter about how Vinny Del Negro deserves more credit for the Clippers amazing run of play, and how he is a legitimate Coach of the Year candidate. I don’t watch the Clippers play enough to offer a solid response, but I did watch Del Negro get absolutely manhandled by Mark Jackson last night. Those final seven seconds of the first half were indicative of the larger 48 minutes, where the Warriors game plan forced Blake Griffin into his worst game of the season, made DeAndre Jordan a non-factor, viciously attacked Jamal Crawford’s extreme defensive limitations and harried the Clippers into 36.3% shooting, including 27.6% from three-point land. Stephen Curry won his point guard battle with Chris Paul and David Lee won his power forward battle with Blake Griffin, but the most convincing win of all belonged to Mark Jackson.

Kevin “Franklin Mieuli” Draper was born and raised in Oakland, California, and loves it more than you can possibly imagine. Follow him on Twitter @kevinmdraper
View all posts by Kevin Draper →
This entry was posted in General and tagged Golden State Warriors, Mark Jackson, Vinny Del Negro. Bookmark the permalink.