Monday Media: Are Miami Heat Fans the Worst? Who Cares.

After the Miami Heat won Game 6 of the NBA Finals despite trailing by 5 with 30 seconds remaining in the game, the most attention was paid to the unprecedented comeback. Or, if you’re a “glass is half-empty” kind of person, the unprecedented choke job. The secondary story was about how a sizeable number of Heat fans (some estimates say 2,000) left AmericanAirlines Arena prior to the comeback, presumably to avoid seeing the Spurs celebrate on their home turf and/or to beat the traffic home. The schadenfreude only ratcheted up when video was found of these fans pounding on the doors, demanding to be let back into the arena they had voluntarily left. I too laughed at those fans. They paid hundreds—or thousands—of dollars for tickets yet were so concerned about getting home 30 minutes late that they missed perhaps the greatest comeback in NBA Finals history. Even if the Heat truly had no chance of coming back, I like Curtis Harris’ response: they should have stayed and applauded the Heat for a great season.

Generalizations about fanbases are almost always reductive and wrong, but especially in this case. The actions of 2,000 Miami Heat fans—only ten percent of the people in AmericanAirlines Arena that night, and less than one percent of all Miami Heat fans that were watching that night—have been extrapolated to represent a wildly diverse grouping made up of hundreds of thousands, if not millions, of people.

It isn’t that you can’t make generalizations about fanbases. You can. The problem is that these generalizations are almost exclusively pejoratives uttered reflexively to put people down instead of accurate statements that help better understand a group of people: Lakers fans are Fakers Fans, and all Philadelphia sports fans are assholes, etc.

When thoughtfully considered, fanbase wide statements can prove illuminating, but they have to start with questions. How does being located in Miami help dictate the behavior of Heat fans? What is it like rooting for a relatively new team? How does a team relate differently to a city with a heavy Cuban immigrant population? Does rooting for the acknowledged best player in basketball constitute a different basketball relationship?

I’ve lived in Oakland or its suburbs for most of my life, have attended many Warriors games and watched a thousand more. I feel comfortable making generalizations about the Warriors fanbase, but not reductive ones like “they are the best fans in the NBA”. For instance, Warriors fans are generally skeptical about improvement talk because of a legacy of managerial incompetence. Why didn’t thousands of Warriors fans stream out of Game 6 against the Spurs after it became clear they weren’t going to win? Because playoff appearances have been so few and far between that every (even losing) playoff moment is savored. I would suspect that behavior would change if the Warriors become perennial playoff contenders. Warriors fans aren’t “better” than Heat fans, they just have a different relationship with the sport of basketball. Besides, the arena is located in an industrial hellscape: there’s rarely traffic to beat after the game.

I recently read Robert Lipsyte’s SportsWorld, and he talks about how Joe Namath interacted with his teammates:

Namath had known enough blacks to like and hate them as individuals, and he had no physical fear of blacks; he had grown up with them and his own childhood had been as violent as theirs.

I think this perspective applies to how fanbases are talked about as well. Combine one part well-tanned rich-looking people sitting courtside with two parts fans leaving early, and you have a narrative about the quality of Heat fans. But how many of the people writing these narratives are Heat fans, or know a lot of Heat fans, or have lived in Miami? I suspect very few. Instead they are people that follow basketball generally, or travel to Miami every once in awhile for a national game. It’s the same condition that led to Bill Simmons advocating a cockamamie theory about the behavior of Memphis fans: three days spent in a city is just enough time to think you know what you’re talking about. 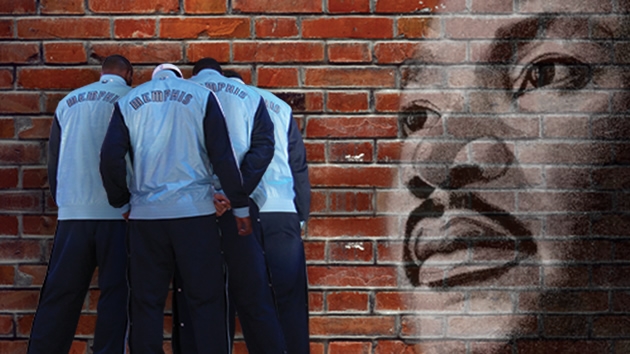 Paraphrasing Lipsyte, most people haven’t known enough Heat fans to characterize them and their actions as individuals, and so hack columnists resort to saying “Miami Heat fans are the worst” about a group of millions of people. Do the Heat have a “good” or a “bad” fanbase? I don’t have a damn clue, and it’s not even a question that I am interested in. I am interested in understanding how being a Heat fan affected the decision to leave a game early, or how and why that attitude is reflective of the larger fanbase. Is basketball treated as a casual entertainment option in Miami, or more akin to a religious experience not to be missed. Was it fans in the cheap seats or lower bowl that left early, and what does that mean? Were they season ticket holders, or had they just bought tickets for Game 6? Did they also have tickets for Game 7?

If somebody wants to try and answer questions like those, I’ll happily read. Until then it’s just a waste of everybody’s time, and makes us all dumber.

Kevin “Franklin Mieuli” Draper was born and raised in Oakland, California, and loves it more than you can possibly imagine. Follow him on Twitter @kevinmdraper
View all posts by Kevin Draper →
This entry was posted in General, Monday Media. Bookmark the permalink.