Posted on May 22, 2012 by Kevin Draper
On the off chance that this post survives for ten years, it is best that I start with an explanation. In 2012, one of the many memes to sweep the Internet was the Shit Girls Say video. The video consists of a man dressed like a woman saying a bunch of “hilarious” things that girls say like “I had such a good sleep” and “listen to this e-mail.” Remember, these were the halcyon days of the Internet where anybody could become famous for no good reason and Facebook was “worth” $81 billion. This meme spawned copycat videos like Shit Indian Mother’s Say, Shit Blonde Girls Say, and Shit Nobody Says. 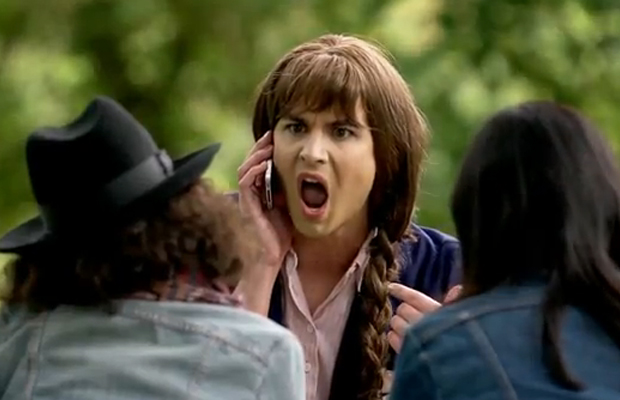 In 2012, just like from 1988-1995, I lived in Oakland. Unlike 1988-1995, I didn’t live with my parents and two brothers but rather my girlfriend and three other friends from college. None of them were from Oakland. One housemate in particular was fond of quoting a line from Shit Nobody Says and then laughing: “We should move to Oakland!”

You see, while I live in Oakland, I spend the majority of my time with friends from college who aren’t from the area. They have moved here to work or attend Grad School at Cal, and while I think the majority of them have come to enjoy living in Oakland, they have a very different Oakland experience then I do. They have the white, twenties, college graduate experience, which involves living in Temescal or Rockridge (neighborhoods encompassed by North Oakland and Northwest Hills in this map) and enjoying how much cheaper it is than San Francisco.

I now too have that experience, but I also have the experience of growing up in a family of five, living in a two-bedroom house in Fruitvale. I remember my dad taking me to a hardware store to meet Vida Blue, watching my older brother endlessly attempt the East Bay Funk Dunk with a mini-basketball, and trying to convince myself that it was worth getting a Chris Mullin flattop to score free Warriors tickets (what a brilliant promotion). Now, I recognize the privilege of my station in life. I had two parents who gave a damn and drove my brothers and me across Oakland every day so that we didn’t have to attend Fruitvale Elementary, and eventually attended an elite liberal arts college, surrounded by the rich and upper middle class. This is by no means a woe-is-me or look-how-I-escaped-poverty story. This is a story about my understanding and love of the city, and how it breaks my heart that the Golden State Warriors will soon be moving to San Francisco.

I am not blind to the economic realities of basketball. I understand that the Warriors play in the oldest arena in the NBA, in the most desolate part of the city. I know that free agents don’t particularly want to ply their trade in East Oakland. I too have wanted to go to a bar after the game before remembering that I am surrounded by train tracks in an industrial wasteland. I see the abysmal attendance that the A’s and Raiders get in the same location, and wonder when, not if, the fanatically loyal Warriors fans will stop coming to games.

But dammit, I’m proud of being from Oakland, and I’m proud of being a Warriors fan. They always suck, and yet the fans always return to Oracle. There are dudes that have been season ticket holders for twenty years and have only seen a measly couple playoff games. Before every season fan forums are filled with optimistic projections about how if everything breaks juuuuust right, this is going to be the Warriors year. When I step inside the arena I don’t give a shit about anything other than attempting to scream the Dubs to victory. My girlfriend has been explicitly instructed that if our house is burning down, she is to save my folder of important documents, my teddy bear, and my Golden State Warriors hockey jersey. Everything else can burn.

If you catch me on another day, I’ll probably agree that, given the long-term, this is the best move for the Warriors. But my mom brought me to the Jack London Square Barnes & Noble when I was seven, and I sat on the floor as Latrell Sprewell read a children’s book to me (and a ton of other kids) before I shyly asked him for his autograph. No matter where I go in life, my heart will always be in Oakland, and the Warriors are a big part of that.

It is gut wrenching to watch them leave me.

Kevin “Franklin Mieuli” Draper was born and raised in Oakland, California, and loves it more than you can possibly imagine. Follow him on Twitter @kevinmdraper
View all posts by Kevin Draper →
This entry was posted in General and tagged Golden State Warriors. Bookmark the permalink.