Editor’s Note: Occasional Diss contributor Hans Peterson answered my “How did you feel?” question well after the arbitrary deadline, so he missed his chance to get in the post.  Sucks for him.  But, luckily for all of us he’s a wordy mother lover, and wrote an answer that is deserving of its on post, both in terms of quality and word count.  So here it is: The Diss’ NBA Finals postscript.

*****
Since you asked me (of all people) a question, I’ll assume you were prepared for at least a longish answer. Unsurprisingly, I had several reactions to the Heat victory.  Although I preferred the Thunder as a team, when a team I want to win loses, there is usually someone on that team I feel bad for.  That was not the case last night.  Aside from Derek Fisher, that team is incredibly young.  Shockingly young for where they were.  That was not the last time we’ll see Durant in the Finals, and parts of me think it would be a little anti-climactic for him to win his first so quickly and smoothly.  And I’ve never really cared for Fisher.  The only twinge of regret I had came from my friend’s observation that if the Thunder won, Fisher would surpass Kobe’s tally of rings.  I would have found that a little satisfying, as I really dislike the popular narrative that a player’s value can be measured by a formula that places such a great weight on titles.
Speaking of narratives, I am overjoyed that this signals the end of the LeBron-can’t-win-the-big-one narrative.  I despised The Decision as much as anyone else, and I never like to see sports teams from cities like Miami, Los Angeles, etc., win titles.  90% of the people in the stands in those cities are there to be seen and have no intimate connection to the team or even its geographic area; most only moved there for sun and palm trees.  But all that aside, I do find LeBron to be a pretty likable elite athlete.  Until the Decision, his demeanor tended more toward Magic Johnson than toward MJ, Kobe, Tiger Woods, etc.  He’s not really wired to be a killer, and frankly, it probably makes him a much better human being in ways that should matter much more than the ability to excel at a game.  How angry can I get about the Decision if I overlook some of the other historic greats behaving in much more despicable ways with real-life implications?  I’ve been enjoying watching LeBron the past five years with the unequivocal knowledge that I was watching the greatest player alive.  I’m glad these playoffs have, or at least certainly should have, dispelled any doubt in his claim to that title. That said, I did not like watching how the Heat won that game.  First of all, it became boring.  It takes the edge off of a championship to watch it conclude with the whole arena and the announcers spending the last seven minutes of game time counting down to the celebration and trying to feign interest in Juwan Howard’s fadeaway airballs.  But more importantly, my biggest concern with The Decision and the intentional, player-initiated, creation of a “super-team” was that it would work.  Until this series, I was feeling pretty pleased that it obviously had not worked.  After Game 5, I’m no longer feeling so good about that.  I think there is a reasonable argument that was the best game the Heat have played in their two years with their current core.  I’m hoping that was just a case of them rising to the moment, and not a case of them having an epiphany that will allow them to have their way with the league for the next three years running.  One of the NBA’s weaknesses for me is the lack of parity, and if the Heat are planning to re-create their performance for the next two or three years, I think we are going to see some pretty repetitive Finals match-ups and outcomes.  That would be a little disappointing to me. 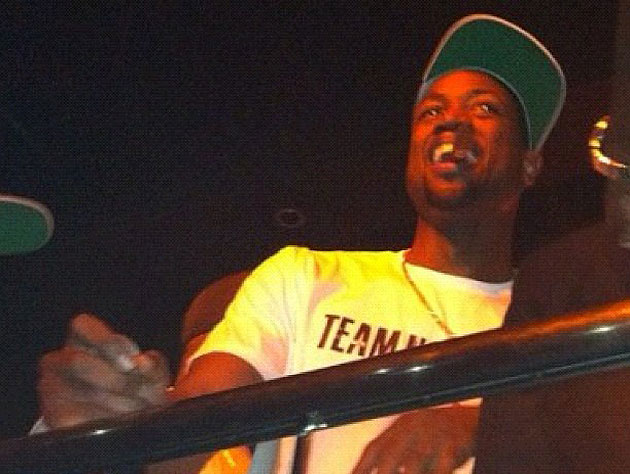 The good news is I don’t think that will happen.  I think Wade’s physical degradation is more than a specific instance, and that within a couple years he will safely be out of the conversation as a top-10 player in the League.  I think the Thunder will stay fantastic, and will likely improve a bit with age.  I don’t actually think the Bulls are winning a title in the next five years, but I do think they are going to make it awfully interesting a couple times. 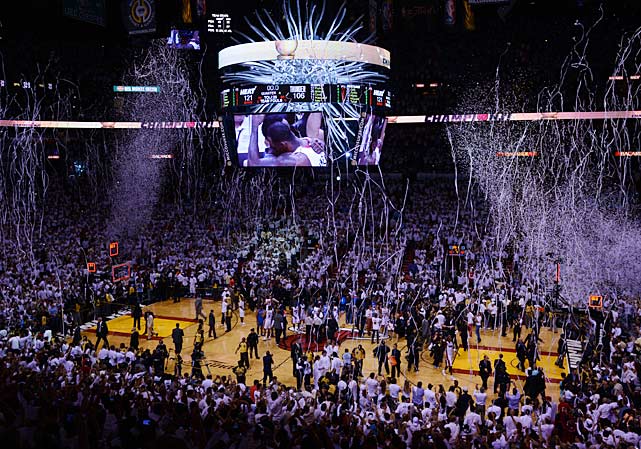 So I feel just great about the Heat win.  As long as I’m not going to have to watch it again the next four years in a row.
This entry was posted in General and tagged LeBron James, Miami Heat, NBA Finals. Bookmark the permalink.

One Response to A Postscript.