As the interminably long offseason drags on, The Diss decided to take up the topic of Dynasties.

In the last 20 years we have only had 8 teams win championships (Pistons, Bulls, Rockets, Spurs, Lakers, Heat, Mavericks, Celtics). Would you prefer that number to be higher? Are dynasties good for the sport of basketball? 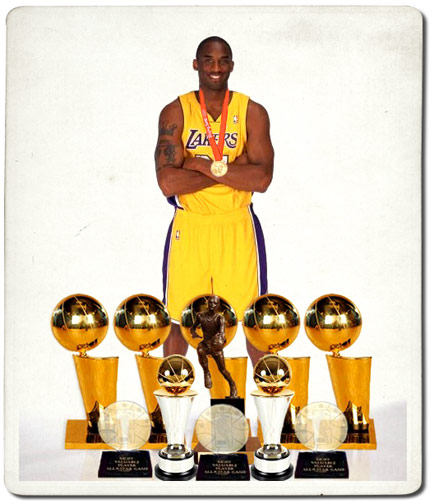 Jacob Greenberg: In other words: is parity good for the league? Sure. It would be nice if every team had an equal chance to win the championship. But if you look at that list of teams, only three teams that have a NBA-based history before the 1976 merger (the Philadelphia 76ers, Atlanta Hawks and Milwaukee Bucks) don’t have a place on that list. The other teams are mostly former ABA franchises and post 1989 expansion teams. I’d like to think that the NBA will continue for another few years, and some lower profile teams will have their day.

John Reyes-Nguyen: Dynasties are a good thing because they create great rivalries. Lakers/Celtic, Piston/Bulls, Lakers/Spurs, Heat/Knicks (not technically dynasties because they didn’t win championships, but you get the idea). Then again, would it be cool if the Clippers or Bobcats win the title? Yeah. Will it happen? Probably not in my lifetime.

Joe Bernardo: For the basketball purist, sure. I think the last lockout was a step in creating the environment of parity throughout the league…that is unless idiot owners don’t keep screwing it up by building lousy teams. That being said however, I don’t think NBA necessarily needs more parity in order to survive. Basketball is a funny sport. Because it’s more of a “naked” sport compared to the NFL, NHL, and MLB, fans (both diehard and casual) gravitate towards the NBA because they are (for better or worse) attached to players’ on-court as well as off-court personalities. It is no wonder that historically NBA ratings was at its peak during the Jordan era because of MJ’s immense popularity and took a ratings dip in 1994 and 1995 when those playoffs were generally more wide-open.

Franklin Mieuli: I think in theory parody sounds nice, maybe something to do with America’s democratic ideals, but in actuality I don’t think I’d like it in the NBA. You just have to look to the NFL, where teams regularly go from 5 wins to 10 wins back down to 5 wins, where the last seed in the playoffs wins the Super Bowl. Sure, there are a few very well run teams that are consistently good (Patriots, Steelers, Ravens, Eagles), but to me it’s no fun at the start of the football season with no clue who will even be good.

Recently we’ve had Jacob get pissed at the D12 trade and Joe Bernardo arguing that we are focusing on the wrong thing. Disregarding the fact that Dwight Howard is an unprofessional fool, is his move from the Magic to the Lakers ultimately beneficial for the NBA?

Jacob Greenberg: It makes a more compelling story, and given TV ratings over the past few seasons, people enjoy a good story. Regardless of my feelings on the trade, I am excited to watch the Lakers play, and excited to watch other teams play the Lakers.

John Reyes-Nguyen: Yes, because we all hate the Heat. And now we have a team that can beat them.

Joe Bernardo: For a first seven or so years of a superstar’s career, they have no say of where they get to play. Plus, for the first three or so years of that span, because of the rookie-scale salaries they are grossly underpaid while owners reap the benefits of their popularity. If the team that drafted him can’t assemble, at the very least, a contending team towards the end of their contract, I see no reason why that superstar shouldn’t be able to opt out and test free agency to pursue a title. Of course, there are more “professional” ways to go about doing it, but as we’ve seen with the Charles Barkley in 1992, Shaq in 1996, and KG and Ray Allen in 2007, teams that lose the superstar just have to move on. I see no other way around it other than what they already did with this new CBA (create financial incentives for a player to stay with the current team) or get rid of free agency altogether (which will be grossly unfair to labor)

Franklin Mieuli: Yeah, I think it is beneficial, but only insofar as it ends the stupid soap opera in Orlando and allows everybody to move on. His move gives the Lakers a little bit more visibility (like they needed it) and a compelling Heat/Lakers narrative, but I think it was also good from 2007-2010 to have Dwight and his band of characters as another basketball power.

All other things being equal, what kind of team do you like to root for? Is it fun to root for the Laker/Yankees/Steelers where greatness is all but guaranteed? Would you rather root for an upstart, or maybe a young team? Jacob Greenberg: Generally speaking, I like to watch teams that share the ball. Whether they win or not doesn’t really matter to me, but I like watching the ball move. That means I watch a lot of Warriors, Mavs, Grizzlies, Nuggets and Wolves games. And I’m a Warriors fan, for better or worse. The 2008-09 Warriors won 29 games, based mostly on the free throws of Corey Maggette. I hated watching them; hated everything about them. Now, the 2009-10 Warriors won only 26 games, but shared the ball a lot more. I liked that team. I have fickle tastes.

John Reyes-Nguyen: I like to root for my local teams. Since I’m from LA, I’m a die hard Lakers fan so I can’t use the NBA as an example. However, we don’t have an NFL team and to me that’s kinda nice. I find myself more of the anti-fan, hating certain teams more than liking others. For instance, I hate the Patriots, with a passion.

Joe Bernardo: As a Laker fan, I can’t help but say that it’s more fun to root for a winning team. However, I will love them through thick and thin. I can say with a straight face that my favorite all-time Lakers team to watch was the 1994-95 squad led by Nick Van Exel, Eddie Jones, and Cedric Ceballos. There were zero expectations of this team, so it was great watching these young players gel and make some noise in the playoffs. Sure they didn’t win, but you couldn’t help but love them and the way they played. I don’t know…it was like watching your kids grow up and mature in front of you. Plus…you don’t get barraged with hate messages from Laker-haters (ahem…the Diss staff) for every little misfortune. But whatever “type” of team you have, just don’t be a bandwagon fan. I can’t tell you how much it annoyed me growing up with so many Chicago Bulls fanatics who are neither from nor have any connection to Chicago whatsoever.

Franklin Mieuli: I just want to see good teams. I’ve never really rooted for a dynasty, as my 49ers fandom came about right as they won their fifth Super Bowl nearly twenty years ago, but the last few years of watching the success of the San Francisco Giants and 49ers has helped me realize how fun it is to root for a good team. I mean, I love the Golden State Warriors, but how much more might I love them if they weren’t the Washington Generals of the NBA?

This entry was posted in Wild Speculation and Outlandish Guesses and tagged Dwight Howard, Los Angeles Lakers. Bookmark the permalink.