Posted on January 6, 2013 by Jacob Greenberg 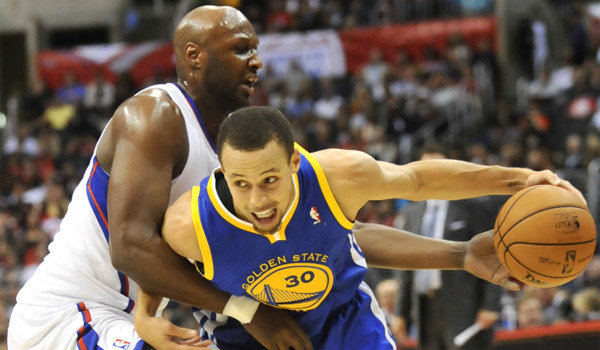 Today, I am awash with an unfamiliar feeling.  I am fully aware of the cause, but unsure about how to resolve it.

Last night the Golden State Warriors lost big to the Clippers.  Lost huge to the Clippers.  The final score of 115-89 (which already looks pretty bad) doesn’t really tell the full tale.  The Clippers controlled the game from start to finish, running the lead up to 38 points during the 3rd quarter while executing their half-court game brilliantly.  Chris Paul could not be stopped, scoring 27, 9 and 5, ensuring that the Dubs would not go 3-0 on his team to begin the season.  The Dubs, meanwhile, couldn’t buy a bucket in the first half, and then failed to string together enough stops in a row (they failed to make a stop, period) to mount any sort of legitimate comeback.  The result, unsurprisingly, was a loss.

Believe me: this is not the first time that I, as a lifelong Warriors fan, have witnessed the Warriors lose big to a better team.  In fact, I cannot even recall the number of times I have seen the Warriors lose by a ton of points to better team team.  Or, lose by not-a-ton of points to a better team.  Or, lose by a single point to a better team.  Point is, I’ve watched the Warriors lose tons of games, in a variety of fashions; the last-second shot, the blown lead, the comeback-fallen-just-short, to the always-fucked-up 30 point massacre, like last night.  Once the gruesome proceedings are complete, I turn off the TV, and move on with my life.  Since I’m an old man now, I usually go to bed, another Warriors loss under my belt.  I’m used to it now; some quick Basketball-Reference research tells me that the Warriors have lost 1,346  times since my birth in 1985, an average of 50 losses a year.   What was one more? Warriors losses are as numerous as the stars in the night sky, after all. Each one has a story, but no one really cares.

You see, Warriors losses used to roll over me like a massage ball on an unadjusted back. They made total sense; the favored team was terrible, the other team was better, we never win anything, and shit, we’re the Warriors.  We always lose.  We always lost.  I could trot out the tired stats, but you all know them by now: one playoff appearance in 20 seasons.  A few 21 win seasons, a few 19 win seasons, and one totally forgettable 17 win season.  Draft busts earning money from us while draft booms produce for winning teams elsewhere.  A tired march towards nothing, and a tired line of complaints from a group of fans who couldn’t figure out the simple concept of: “if you keep giving the misbehaving child what he wants, he has no impetus to change his behavior”.  I didn’t take the losses that seriously, because, well, I didn’t take the Warriors that seriously.  How could I?  They were a joke, the Clippers of the North.

For a long time, the Warriors were discussed as “lovable losers”.  Perhaps this was because our terrible (former) owner’s transgressions never extended into racism and grift, but the tag stuck, for years and years.  During the “We Believe” run, the national media hyped up how much Bay Area fans “loved” the team despite their permanently losing ways, how we always supported the boys and sold out Oracle nearly every single night.  I always hated that distinction; it illustrated the worst aspects of our fanbase, and reinforced the image of us as sheep dotted along a hillside, bleating stupidly while emptying their pockets for a moribund cause.  Maybe you loved the losing, but me?  I hated it.  Hated every damn minute of it.  Perhaps I was used to it, but it didn’t feel any better.  I just wanted legitimate basketball.  I just wanted games that mattered; something besides the routine loss, or a meaningless win that, in all actuality, hurt our draft position rather than helped our overall cause.

Which brings us, naturally, to last night.  At this moment, the Warriors seem to be a good team.  They are, perhaps, a very good team; we’ll know more after this much-hyped stretch of games where the Warriors play 11 teams over .500.  At worst (and barring a catastrophic collapse, something fans of the 2008 team know about), they’ll be in the mix for a low seed in the West, and at best, they’ll look forward to home court advantage in the playoffs.  The postseason is all about matchups, especially in the Western conference, so the Warriors can use all the help they can get.  Four games at home, including games one and seven, are incredible assets.  And it would help to temporarily avoid a team like the Clippers, who, despite my consumption of haterade, seem like a bad matchup for the Bogut-less Warriors (given their 41-30 advantage on the boards, and the 56 points they scored in the paint, as opposed to the Warriors 28).  We’d be better off seeing one of the lower seeds, who we’d have a better chance of figuring out how to slow down over the course of a full seven-game series. And this is why this feeling is so unfamiliar, despite the familiar features of the event. Because now, for the first time since the early nineties, the team is good, and the losses truly matter.  It matters that we don’t have a 3-0 lead against our main divisional rival, another team whose fortunes have reversed dramatically in a fairly short period of time.  It matters that the Clippers now have bragging rights and the emotional edge in the rivalry.  It matters if the Lakers win tonight, because then we lose a game to them in the division standings.  It matters that the national media and Twitterati will be buzzing about #Lob City instead #DubNation this week, after a few days where all anyone could talk about was how to get one or two Warriors on the All-Star team for the first time since 1997 (!).  All of that stuff is relevant, for the first time in, well, forever.

So, in the face of an embarrassing defeat, I invite you to enjoy this unfamiliar feeling, this beautiful agony.  This is different than that feeling that was all too familiar to me, and perhaps you as well: the feeling of vague disappointment for a team that I had liberated myself to become a fan of while they played in meaningful games.  The games matter now, and my team matters now.  That’s a wonderful feeling, no matter the final score.

Put it behind you.  That’s what the good teams do.  Bring on the Grizz.

Jacob is a behaviorist by day, blogger by night, and founded the Diss. Follow him on Twitter @jacobjbg
View all posts by Jacob Greenberg →
This entry was posted in General and tagged Golden State Warriors, Los Angeles Clippers. Bookmark the permalink.