Series of the Week: New York Knicks (2) versus Indiana Pacers (3) There seems to be a tendency among humans to fetishize bygone eras in an attempt to elevate them over other epochs, namely, the one we are currently living in.  Colloquially expressed in the oft-uttered phrase “back in my day”, nearly every single distinguishable generation attempts to convince the generation(s) under them that their particular version of something — school, government, partying, sports, whatever,  - was the best version of that thing.  Furthermore, if they’re really rolling, they’ll use that idealized version of the past to explain how subsequent versions of that particular thing fail to match their efforts and accolades, and prove that their era was thinking about it the right way.  This tendency has few boundaries, and seems to be uniform across gender, nationality, class and creed.

Among NBA followers, there has been a recent celebration of  the 1990s were, for the league and its fan-base.  Exemplified chiefly through the reintroduction of the iconic jerseys of the decade, many NBA teams embraced their 1990s selves, thus allowing many fans who came of age in that eventful decade of basketball (sports, really) to embrace and elevate that particular epoch of sport.  Like Blake Griffin in his KIA commercials, we are happy to hop into a economic midsized sedan with time travel powers; excited to be ferried to a period where Michael Jordan ruled the land, when other brilliant stars carried lesser franchises to great heights, though never the final summit.  In our minds, John Tesh’s “Roundball Rock” serves as the “first call” to rise to duty, and Bob Costas’ dramatic monotone lays out the primary characters in the mid-day drama we will be witnessing in Chicago, New York, Indiana, Utah, Seattle or Houston.  Gone are the studio analysts of the present, preoccupied either with making us laugh at poorly-veiled potty humor, or using the number of commercials a player has to judge their relative greatness or anonymity.  These are the golden years, resplendent and gilded.

Indeed, there seems to be a collective effort among certain NBA fans to carve out a space where the 1990s can survive forever.  In that idyllic clearing, superteams do not exist, and superstars care more about winning in the city that drafted them rather than joining their friends in New York, South Beach or Los Angeles.  In this glittery fantasy land, teams play hard nosed defense as a rule, relying heavily on hard checks, deep scowls and surreptitious stiff-arms to carry them quarter-to-quarter, all the way to the final buzzer.  For the true believers of this era, regionalism matters, and the best matchups feature a brash, flashy team from a major market versus a scrappy upstart from a smaller midwestern town. Teams like the Clippers don’t become relevant because a star and commissioner can strong-arm them there, and teams like the Nets don’t make the playoffs just because they can plunge themselves into luxury tax hell for the next four seasons.  This version of the NBA is pure and untouched; a veritable Garden of Eden, adorned with juicy fruits of passion and lush leaves of verdant green.

For those who seek this mythical NBA — one that never really existed, yet has not ceased to exist, if that makes sense — there is refuge in the Eastern conference quarter-final series between the Indiana Pacers and the New York Knicks.  Of course, the Pacers-Knicks rivalry was one of the premier matchups in the NBA of the 1990s, meeting three times between 1993 and 1995, and three more times between 1998 and 2000.  It was the site of some of the most iconic moments of NBA history; one of the first “City Slickers versus Midwest Hicks” show-downs that could attract popular attention across a broad platform.  For those who associate visual images with particular time periods, the sight of seeing Pacers yellow challenging Knicks orange hearkens back to halcyon days of youth; a simpler game in a simpler time.  To have a reprisal of a late-historic matchup in the second round of the playoffs is a special treat for us traditionalists, and the fact that it’s occurring in the first place hasn’t been missed. But for those of us who enjoyed previous versions of the game, and still enjoy the game today, this is a refreshing series as well.  At one time, the Knicks were trying to build their own Miami, attempting to find a third star to join a team led by Melo and Amar’e.  Those days have ended, with Amar’e on the bench, eternally rehabbing injuries that keep him from reaching his hypothetical zenith.  Instead, Melo is surrounded by a mix of playoff-tested veterans and hardworking younger players who have enough experience in big games to contribute.  Worries of them being too old, too injured or too mercurial have all but ceased, and despite their loss in game one of the series, the Knicks are still considered to have a chance to win it all.  The Pacers, meanwhile, are the pride of the Draft and Develop model.  Their stars have come chiefly through the NBA draft, not the free agent market or the trade deadline.  As a result, both teams become representative of an NBA that markedly separates itself from what has occurred in Miami, what tried to occur in Los Angeles, and what seems likely to occur in Houston (or even Dallas) this offseason.  They are teams that seem both counter-cultural to previous eras, yet at the same time, lock-in-step with their vaunted predecessors.  It’s an interesting contradiction that seems neither problematic nor confounding, and one that deserves our attention.

Patrick Henry once said that “[he] liked dreams of the future better than history of the past.”  In my opinion, the desires are not mutually exclusive, and must be informed by one another.  Recent histories of both the Knicks and Pacers are not terribly bright; laced with shameful accounts of publicized violence and thuggery and poor financial and personality management.  It is preferable to focus on the brilliant present and bright futures of both of the these teams, rather than assess the holistic pictures that include as much bad as good.  History isn’t just glitz and glamour; it’s an argument, based on evidence and assertions.  And with that in mind, it’s best to take a deep breath, celebrate the now, and watch two quality teams play defensively-minded playoff basketball live and in real time. 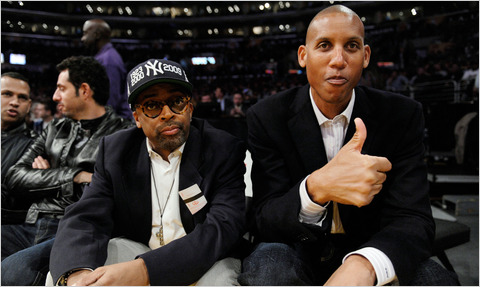 Jacob is a behaviorist by day, blogger by night, and founded the Diss. Follow him on Twitter @jacobjbg
View all posts by Jacob Greenberg →
This entry was posted in Series of the Week. Bookmark the permalink.