Your Annotated Smartphone Bathroom Reader for Sunday, May 12th, 2013. 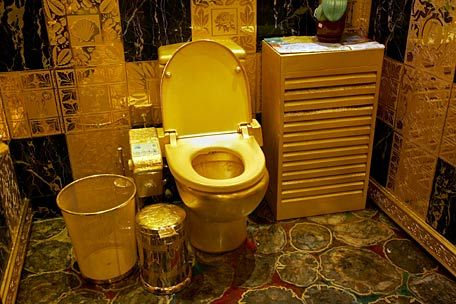 On Sunday, just when it seemed like things were wrapping up with the sale of the Sacramento Kings from the maligned Brothers Maloof, things went nuts again. Not only did Chris Hansen up the value of his bid by $70 million dollars (raising the price to a $625 million dollars, which is higher than the GDP of a number of nations) and the relocation fee, but the Maloofs let it be known that they will not accept the bid offered by Vivek Ranadive, the city of Sacramento and the NBA. Instead, they will offer 20% of the Kings to Hansen, and sour the relationship between the harassed fanbase and the team. Ray Ratto summarizes the proceedings nicely here. As he correctly points out: “the Maloofs are telling Sacramento at the moment of its greatest imagined triumph that no one can put a price tag on spite.” Go Ray!

In February 2014, right after All Star Weekend, NBA commissioner-elect Adam Silver will take the wheel from out-going commissioner David Stern, and assume control of the multi-billion dollar corpration and global brand. When that happens (and depending on what happens with the Sacramento Kings), the biggest question for the new commish will likely center on the prospect of expansion, in Seattle and elsewhere. Will Adam Silver revisit the possibility of expanding the league? Paul Rogers does a close investigation into various secondary sources in an attempt to make an assertion. He concludes that while Silver’s attachment to his mentor and boss is troubling for traumatized Sonics fans, Silver generally seems more amenable towards seeing franchises as “public trusts” rather than simply assets that can be bought, sold and moved. This is useful work from Rogers.

I happened across this paper while surfing the internet, and I will have to reread it a number of times. In the journal-length article, Price and Wolfers assert that, when it comes to winning — quantified through the relative calling of fouls — that ” these observable game outcomes are themselves the product of biased evaluation by referees.” Additionally, they assert that, “in light of the mismatch between the composition of the players (around four-fifths of whom are black) and their evaluators (around two-thirds of referees are white in our sample), an own-race preference may drive an aggregate bias against blacks (or for whites).” In my first reading, I was impressed with the depth of Price and Wolfers’ analysis. They include an impressive amount of data about biases with black and “white” (including Asian and Hispanic) players and refs, and reference a wide range of sources. At the same time, it seems problematic to try and quantify “racism” through foul calling. Nevertheless, it is, without a doubt, the most ambitious analysis I’ve ever seen in regards to quantifying racism, and among the most unique uses of professional basketball as a lens to observe society-at-large in any context, journalistic, academic, or otherwise.

As one of Jersey’s native sons, David Roth is unimpressed with the new Barclay’s Center, “the whole fakey-fake branded enterprise and the artsily distressed metal edifice on Flatbush”. From Jay-Z’s (previous) involvement with the team to the black jerseys and piped in arena sounds, the entire thing just feels forced. What separates Roth’s analysis from the multitudes noting a similar feeling is his understanding of how community is built. As he writes in the subhead: “The Brooklyn Nets are a mediocre, tacky, and mostly heart-free basketball team. But give them time.”

The Nassau Coliseum Was Not A Dump: What The Isles Are Leaving Behind
Sam Page
Deadspin

Soon, the Brooklyn Nets won’t be the Barclay’s Center’s only tenants. Sometime in the next couple years the NHL’s New York Islanders will play their final game at the Nassau Veterans Memorial Coliseum and move 20 miles west to Brooklyn. Sam Page—whose grandfather helped build the building and worked for the team—beautifully chronicles what the final few years of “progress” looks like, and how the departure of the Islanders will rip out whatever soul Long Island ever had.

Kevin “Franklin Mieuli” Draper was born and raised in Oakland, California, and loves it more than you can possibly imagine. Follow him on Twitter @kevinmdraper
View all posts by Kevin Draper →
This entry was posted in Annotated Bathroom Smartphone Reader. Bookmark the permalink.