Have Your Cake: Confessions of a Liberated Spurs Fan. 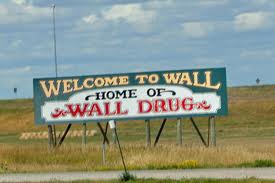 
When it closed its doors in early 2011 it was like getting neglected, thrown out alone and cold, except that out was a desert, cold was actually fire and brimstone, and neglected meant having to return to the unimaginative (though thoroughly informative) bloglands of Daily Dime, that NBA.com blog, and maybe even a little bit of David Aldridge. You resigned yourself to getting some only once a week, Mondays, and hoping that Marc Stein had kind words for your team. Sure there were jaunts to the dark side like dimemag with their signature signoffs like, “And we’re out, like KG in the first round” and you even dabbled in Paul Shirely once or twice, it’s okay we’ve all been there. But wait, this isn’t 2003. KG’s a champion (and a bit nuts). Stein writes for this thing called TrueHoop. And there’s something called “podcasts.” Your commentary cup is full but like a vintage wine or a Manu Ginobili led fast break, you need more. And you want it now. And I’m afraid I can’t help you there. I have an interesting relationship with FreeDarko: I didn’t read it reguarly, or its guide to history. But I did read Macrophenomenal. Multiple times, and each time I found it equally bizarre and mind blowing. You know those moments when you come across something so original and so well done that you instantly recognize it as genius? That’s Macrophenomenal. The ideas and interpretations and highfalutin language was the equivalent of handing a bottle of vodka to an alcoholic, 3- point opportunities to Antoine Walker, or crack to a baby. Luckily, I’m all three and couldn’t help but read it cover to cover. Who knew that Gilbert Arenas could take his talents to pen and paper? That you could definitively diagram the greatest power forward of all time and quantify the chaos unleashed when Gerald Wallace takes the floor. And when I learned to understand Lamar through observation of his facial expressions I knew it was bullshit and I didn’t care. That’s the greatest thing about FreeDarko. It doesn’t have to make sense to everyone. It just has to entertain.
Like this picture I saw today. I wish I had read FreeDarko so I could be more than a liberated fan. It reminds me why I watch the game, that winning the ‘ship is not the end all, and that basketball is most compelling examined in the context of the players that play the game. It’s supposed to be fun. I like that Tim Duncan can be compared to a door stop and a helicopter carrying a whale and that not everything has to be seen as serious. Tracy McGrady isn’t 28 points, 8 rebounds, and one sleepy demeanor. He’s a monitor lizard. Duh.
Much like Allison I too wish I could join this diss-cussion in some meaningful way. But no one wants to hear about the Spurs and how we’ve been excellent for nearly two decades. Alas, it will not be. On behalf of The Diss and every contributor, welcome to FreeDarko week, enjoy your stay.