The Mind Does Roam. There comes a time during the three-week war of attrition that is the NBA finals that I just get bored.  And when I get bored, my mind begins to wander.

This may seem blasphemous.  A wandering mind, during the finals?  More than that, a wandering mind during what has been one of the more entertaining finals in recent memory?  How can anyone be distracted at a time like this?  The Miami Heat and Oklahoma City Thunder are two young teams that enter each game evenly matched.  Both are armed with superstar leaders, all-star second lines, and just-good-enough-to-get-the-job-done role players.  Both teams have young, talented coaches who deeply understand their rosters, and fail to cower in the face of overanalysis and brazen misguidance.  This is a classic matchup, and in all likelihood, one that will be repeated for years to come.

Yet, my mind wanders; it ambles to places not too far away, but still hopelessly disconnected from the realities of the finals.  While watching LeBron and Durant show off their impressive array of fakes and jab steps, preening like peacocks showing off for potential mates, I begin thinking about the NBA draft.  Is Anthony Davis really the biggest game changer since Tim Duncan? Are the Hornets going to become the Spurs of the 2010s?  As LeBron and D-Wade yell at Mario Chalmers for yet another unseen infraction, I start to wonder about the Bobcats coaching search.  Are the Warriors going to lose Mike Malone?  Why can’t Patrick Ewing get a job?  When ABC captures Scott Brooks delivering sage advice to his blue-tressed boy scouts (“We gotta just keep playing hard, guys”), my mind even wanders to free agency.  Will Deron really walk away from Brooklyn?  Will the Bulls make the right choice and sign Goran Dragic?  These are but a few of my random thoughts as a great series plays out in front of my eyes.


Tonight, the Miami heat took another step towards greatness, defeating the Thunder 104-98.  Mario Chalmers (25 points) and D-Wade (26) stepped up big for LeBron, who spent some of the fourth quarter sidelined with leg cramps.  Russell Westbrook had a magnificent 43 points, but Harden failed to deliver.  Despite the injury, LeBron hit a key three down the stretch, and now the Heat stand poised on the doorstep of something momentous — the first championship for a surefire hall of famer, and a second championship for the NBA’s most successful expansion team in history.  For an NBA enthusiast, this is a special moment, and probably a watershed moment as well.  My attention should be undivided. Yet, for whatever reason, I am not fixated.  I am watching the conclusion of Game Four right now on ESPN3, at 1:34 am CST, because I went out and caught up with other important people instead.  When I was done, I decided to go out and see another friend from Seattle who lives in the Twin Cities.  I checked the score as the evening went on, having no qualms about knowing the game’s outcome before I actually got to see the game.  And now here I am, watching Superintendent Chalmers light it up, matching Westbrook bucket-for-bucket in the fourth.  And while this is happening, I’m reading mock drafts, trying to get all the information I can for the State of the Team feature we’re doing.  My attention is split, and happily so. 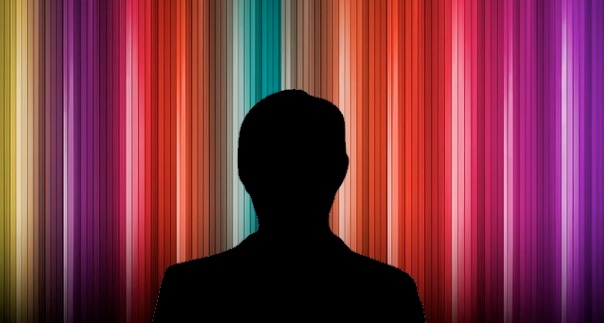 I think one of the most beautiful things about the NBA is that it allows for many different types of fans.  Perhaps one day I will classify the different type of fans that exist in the NBA world, but for now, it is sufficient to say that there are no two NBA fans that are exactly alike.  For some, this is the pinnacle moment of the year, as the NBA finals — and one that pits LeBron versus Durant — delivers on lofty promises.  For others, this is the inevitable final step before you get to the fun stuff: the draft, free agency, and offseason transactions.  Some people care deeply about the final two teams playing.  Others could care less.  But regardless of where you fall on the spectrum, you can find something you like about the NBA right now, whether it’s happening in Miami, Oklahoma City, or elsewhere.

Once the Finals are over is when the real fun begins.  That’s when things blow up and the basketball scientists get to work.  This is when the smartest work comes out on Wages of Wins, and when Henry Abbott writes his best stuff.  The lack of games gives everyone time to sit down and think about what just happened.  It’s a period for reflection and analysis; things become far less reactionary.  It’s nice.  For me it’s preferred.  And I feel that’s okay.  And if you’re more into watching the games, and delving into all the ephemera associated with that, that’s more than okay too. The Finals will be over soon — perhaps even this Thursday.  I am in no great rush for the season to end.  But in a strange way, I’m in a rush to have the offseason begin.  I am allowed that preference.  And until that happens, I’m just going to let my mind keep roaming.

Jacob is a behaviorist by day, blogger by night, and founded the Diss. Follow him on Twitter @jacobjbg
View all posts by Jacob Greenberg →
This entry was posted in General and tagged Liberated Fandom, NBA Finals. Bookmark the permalink.

2 comments on “The Mind Does Roam.”