Posted on May 3, 2013 by Jacob Greenberg and Kevin Draper

I wrote and rewrote this section numerous times before eventually giving up: I just don’t have anything to say that Jason Collins didn’t already say so himself. I applaud the bravery it surely took to become the first major American sport athlete to come out, and hope that it will allow Collins to be a happier human being. I leave you with the words of Collins himself:

I’m impressed with the straight pro athletes who have spoken up so far — Chris Kluwe, Brendon Ayanbadejo. The more people who speak out, the better, gay or straight. It starts with President Obama’s mentioning the 1969 Stonewall riots, which launched the gay rights movement, during his second inaugural address. And it extends to the grade-school teacher who encourages her students to accept the things that make us different. 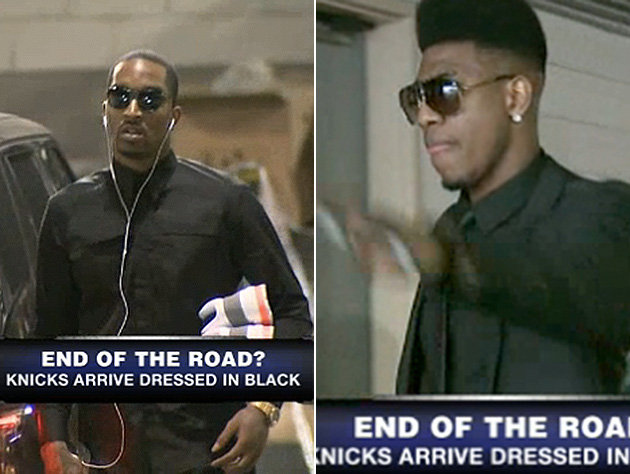 When the season started, everyone was amazed by the progress made by the New York Knicks. Not just on the court, but off of it too.  Folks were impressed by the way the new core of Knicks veterans influenced the younger players.  According to reports, guys like Jason Kidd, Kurt Thomas, Rasheed Wallace and Marcus Camby had changed the outlooks of Carmelo Anthony, Raymond Felton, J.R. Smith and Iman Shumpert, and had gotten the team to buy into professionalism and respect.  As a result, the Knicks defense improved, the team hustled more, played smart ball, and alternated between second and third place in the conference.  It was a surprising turn of fortunes for a team that had been more punchline than powerful, and everyone took notice.

But as the season went on, things changed a bit.  The defense stayed pristine, and individual Knicks still garnered assorted league accolades.  But the venerable glow that the Knicks emitted at the start of the season—a worn, knotted sternness—dimmed over the months.  Perhaps it had something to do with the slow professional deaths of their veterans.  Indeed, Sheed, Camby, Thomas and Kidd all missed large parts of the season.  By playoff time, Sheed and Thomas were gone, replaced by another veteran, Kenyon Martin.

On the eve of Game 6 in Boston, the Knicks—who were up 3-0 in this series once upon a time—are on the verge of falling apart. Led now by Carmelo Anthony and J.R. Smith, the last few days have been full of mistakes. The first was the elbow that J.R. Smith threw at Jason Terry’s head in Game 3, garnering him a suspension for the Knicks’ eventual Game 4 loss. Not one to keep his mouth shut, Smith threw his teammates under the bus, saying if he would have played in Game 4 “Oh yeah, it’d been over” and “I would’ve been playing golf today” instead.

The worst decision, however, belongs to that newly signed veteran Kenyon Martin. After the aforementioned Game 4 loss, Martin instructed his teammates to wear “funeral black” to Game 5, symbolizing how the Knicks were going to end the Celtics season. Of course, the Knicks lost Game 5, and with the series heading back to Boston tonight it could well be the Knicks’ season that’s over.