In an article that ran yesterday, Andy French asserted that “it is not so absurd to think that sometimes we enjoy seeing those who are like us succeed, whether it be color, creed or gender.” Thoughts? Kevin Draper: I can’t help but agree. I don’t give a shit if white guys succeed or not, but I always find myself taking note and enjoying when Jews like me do well. It’s why I can name the only 1.5 Jews in the league (Amar’e gets a .5 Jew rating from me), or why I curse Roger Goodell’s WASPism for ruining the Four Jewish Major Sports Commissioners Superfecta.

Joe Bernardo: Perhaps, but the reason why many people of color, women, LGBTQ, etc. root for people who look like them is because they are marginalized in so many other arenas of American society. I root for Manny Pacquiao because he’s Filipino and Filipinos hardly get anything in this world (except nursing jobs…I kid!). If white people root for the T-wolves because they are the “great white hope” for basketball, then I wonder whether they believe in the whole reverse racism doctrine.

John Reyes Nguyen: I completely agree. I can’t tell you how much I wanted and want Jeremy Lin to succeed. He’s the first Asian-American in the NBA so I can’t help but root for him. He could be playing for my arch rival, Celtics, and I’d still root for him.

Kenji Spielman: It is not absurd at all. One of the joys of sports is imagining the “coulda woulda shoulda” of you performing at the highest level. It is generally easier to shoehorn yourself into that fantasy when there are commonalities between you and the athletes you watch. 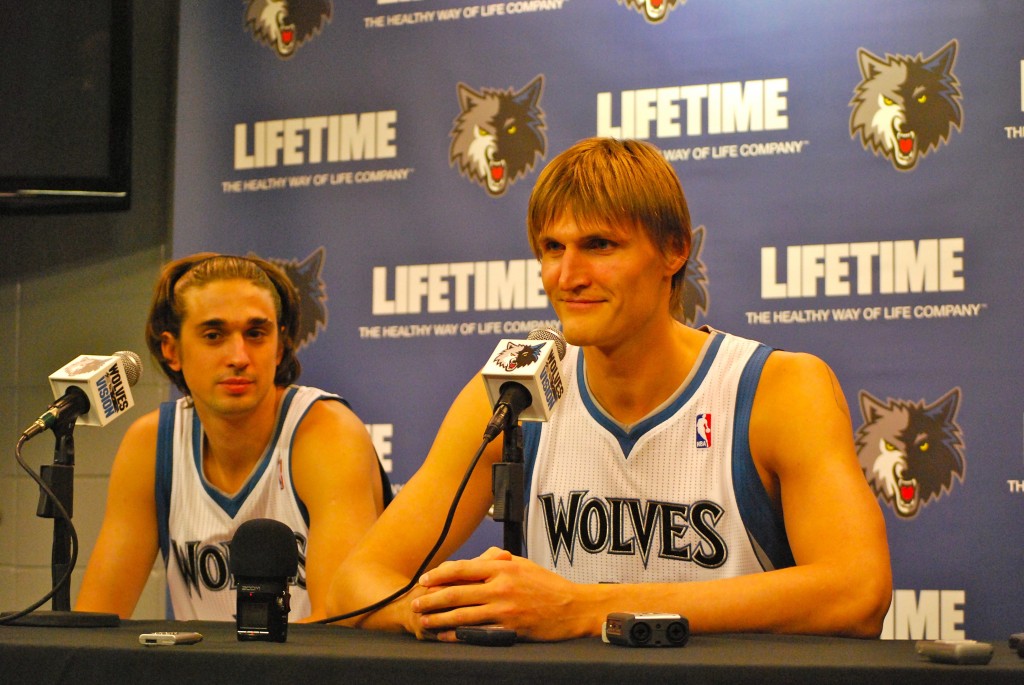 Joe Bernardo: I suppose it’s worse, but it really depends on what context the white person likes the T-wolves. Of course, if the white person just hates black guys, then yeah it’s worse. If it’s because they believe the T-wolves are supposedly “smarter,” “better teammates,” or “less flashy,” then it’s equally as racist. On the other hand, the black person may be rooting for SAC because they feel that it helps conflate racial hierarchies. I just think there are so many layers to this issue that the statement needs more context.

Kenji Spielman: This is a true statement, that it is worse, but with a caveat. Being white in America inherently gives you a position of power. As such, celebrating that position of power by rooting for someone of the same light skin tones, people who are generally better off in the US than others, is celebrating the continuation of that privilege. However, I am not totally convinced it is necessarily wrong to like a team that looks the same of you. But to root for them exclusively based on their appearance exposes several things. One, you are shallow, and two, you probably don’t like basketball that much.

Chanmany Sysengchanh: I don’t think we should frame the discussion in terms of which is worse. We should focus on the fans’ intent. The thing to consider is why a person likes the team. If a white person from Minnesota has been a Timberwolves fan for many years, then there is nothing wrong. I’m an Asian American that has lived in Minnesota most of my life and I like the Timberwolves: is it some fucked up internalized racism that I cheer for a team that might start five white players? Possibly, but most likely not, because I have cheered for them for as long as they have existed. Even if a person likes a team because they are all white, I think it is okay and it does not make a person racist. Unfortunately though, there will be some people that like the Timberwolves because they are racist. One unintentional problem of the Timberwolves might be how to avoid be seen as the unofficial team for racists.

Are you bothered by a successful team that is predominantly white succeeding in the NBA? Joe Bernardo: Of course not. If it did bother me, then I wouldn’t count the Lakers’ first five championships in Minneapolis! I admit, when the Lakers had the potential to play five white guys on the floor last season (Steve Blake, Luke Walton, Jason Kapono, Josh McRoberts, and Troy Murphy), I along with most Laker fans, was weirded out. I don’t know why, but maybe I just wasn’t used to it considering how racialized the “black” Lakers vs. “white” Celtics rivalry was during the 80s. But if an all-white team won the championship, I would be bothered only if people made the issue another vehicle to promote white hegemony.

Alex Maki: No, it doesn’t bother me, unless white power groups start a ticket deal with the Wolves to get more skinheads into the game. I am generally more concerned with talented teams doing well, no matter the racial or ethnic makeup of the roster.

Kenji Spielman: I am a good deal more bothered by teams that play unattractive basketball or are a bunch of thugs or floppers.

Chanmany Sysengchanh: No, because it’s not like a group players got together (like in Miami) and said, “Let’s get together in one city and make an elite team full of white players.” That is just how the team ended up based on managerial decisions. Kevin Draper: The NBA has long been (rightly) lauded for its diversity: there are a ton of black head coaches, and it’s the only major professional league that has female referees. On the court the NBA is doing fine. The NBA could do better to promote female and minority ownership, and perhaps front office representation, but we’re splitting hairs here.

Alex Maki: I think the NBA could still do a lot more. I agree with Kevin, the NBA has done a lot of things right. But I would still like to see more women in the mix (coaching, reffing, and definitely providing play-by-play), and also members of ethnic and racial groups not well represented currently.

John Reyes Nguyen: I don’t think so. The NBA is pretty diverse in its coaching and player development. If you can play or you can coach you’ll get that opportunity. The NFL requires teams to interview a minority for every head coaching vacancy, which I think is great. It helps you find guys like Mike Tomlin and Raheem Morris (I know he got fired but he wasn’t that bad). It doesn’t level the playing field, but it gives someone a chance to interview, an opportunity they may not get otherwise.

Kenji Spielman: The NBA needs more female coaches, that is clear. It also needs to create a situation where players feel free to be open about their sexuality (it was nice that Kirilenko felt it safe to share that he and his wife have a one day a year open relationship policy, for example). But diversity on the court? I do not think so. Economics tells us that the unintended side effects of such a rule would be very odd.

This entry was posted in Wild Speculation and Outlandish Guesses and tagged Minnesota Timberwolves. Bookmark the permalink.

One Response to Wild Speculation and Outlandish Guesses: Let’s Talk About Race